The University in the Democratic Transition and Consolidation

After the death of Franco, the University experienced a feeling of uncertainty, like most of Spanish society. The implementation of the Constitution and subsequent consolidation of democracy led to a new legal framework for institutions of higher education. The Law on University Reform Act of 1983 (La ley de Reforma Universitaria) provided an adequate basis for a new university system. The university was governed by the academic community, the principles of democratic decision making were applied and the academic departments were in charge of organising teaching and research. All this was reflected in the Statutes approved in 1985 and amended in 1991.

The University had to adapt to the administrative organisation of the State, as stated in the Constitution of 1978, which granted the authority over education to the individual regions. The transfer of responsibilities to the regional government of Madrid took place in 1995. 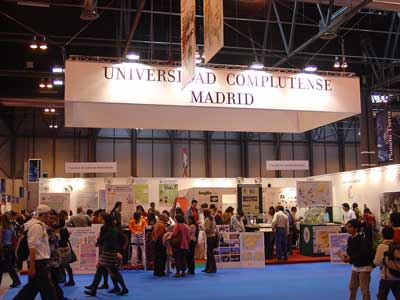 A wide range of new degrees were offered to meet the expectations of intellectual, economic and scientific demands in this new society. As a consequence, there was an increase in institutions of higher education that started to offer new degrees. Higher education institutions established under the 1983 Act included The School of Social Work (1983), Odontology (1986), Nursing and Physiotherapy (1987), Library and Information Science (1990), Computer Science (1991) and Education (1991).

The technological advances experienced during the last decades of the 20th century led to the consolidation of multidisciplinary research teams that required specialised technical personnel. That is why the Research Support Centres (CAI) and the Multidisciplinary Institute were established.

At the beginning of the 21st century, the collaboration between institutions provided synergy efforts and new perspectives that fostered the establishment of a Science Park. The Complutense University has taken part together with the Autonomous University of Madrid (Universidad Autónoma de Madrid), the CIEMAT and other public and private institutions. The Science Park is a non-profit organisation devoted to research, development and innovation that fosters the processes and services involved in the transfer of knowledge.

A new higher education framework was established as a result of Spain’s incorporation into the European Union. The knowledge, skills and competences acquired in higher education studies are equally validated and transferred throughout the countries that make up the European Higher Education area.  This new academic order is reflected in the Organic Law of Universities of 2001, modified in 2007, and in the subsequent Statutes of the Complutense University of 2003.

Complying with the European university systems, study programmes at the Complutense consist of three cycles: Undergraduate, Master’s and PhD programmes, which have been accredited by the Spanish National Agency for Quality Assessment and Accreditation (ANECA) and are regularly validated and updated to maintain a high level of quality and academic efficiency.  Consequently, new educational institutions have been created and several former ones reformed accordingly. The School of Library and Information Science turned into the Faculty of Library Science in 2006, while other Schools also became Faculties, such as Commerce and Tourism, Nursing, Physiotherapy and Podiatry, Statistical Studies, Optics and Optometry and Social Work in 2012.

The Complutense University has three main objectives: to educate professionals who will be useful for society, to foster scientific research and to disseminate knowledge and the intrinsic values of the University. By meeting these new challenges, we will be able to maximise investment in our future.