The University during the Reign of Isabella II 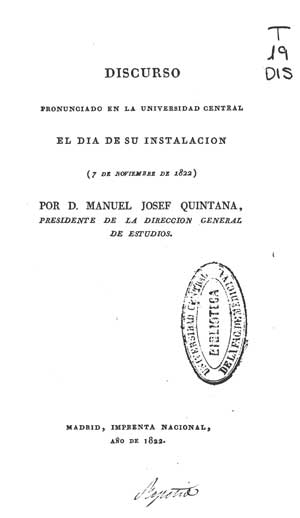 The location of the second attempt at the University of Madrid, named the Central University, was established in 1836 (by Royal Order of the Governing Queen of 29 October 1836). The transfer of the Faculties and Subjects had not been completed by 1837; at that stage they were Theology, Philosophy, Canon Law and Jurisprudence (the Faculty was Canon Law, but this included Jurisprudence studies), Science, Medicine and Pharmacy (which was considered a subject, not a Faculty). By 1843 there was no vestige of the institution founded by Cisneros in Alcalá.

The University, now based in Madrid, was called the Literary University of Madrid until 1850, when it recovered the name of Central University.

The 1845 Pidal Plan established the Faculties, with a slight change to the ones that existed in 1837: Theology, Science, Law, Medicine and Pharmacy (which changed from a subject to a Faculty after splitting the Medical Sciences Faculty in two in 1843) and Philosophy and Literature, which was considered a “minor Faculty” in contrast to the former Faculties which were considered “major Faculties”. In 1847, Philosophy became a “major Faculty”.

In 1850, through the Decrees of 6 March and 2 October, Queen Isabella II once again authorised the use of academic dress and established the colours of the six Faculties: “white for Theology, dark red for Law, yellow gold for Medicine, purple for Pharmacy, light blue for Philosophy and Literature and green for Sciences”. Later, in 1859, the colour of Science became turquoise. Once the Faculty of Theology disappeared, white was chosen for Fine Arts.

In 1852, the Faculty of Theology was removed, although it was reinstated in four Universities (Central, Seville, Zaragoza and Santiago de Compostela) through the Moyano Law in 1857. Despite many fluctuations a 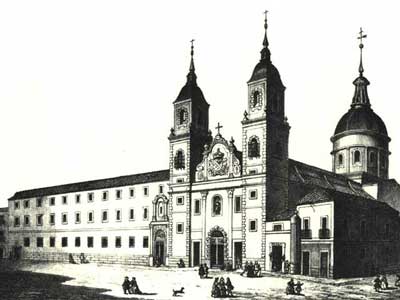 nd consecutive regulations that amended university studies of Theology, it remained for several more years. It was definitively removed in 1868 by Decree of 21 October, based on the understanding that Science and Theology must remain separate. Another Decree of 25 October stipulated a deadline of one month to examine the students, leaving the professors of the subject without a job and terminating the positions of paid assistants and substitutes.

In 1852, the San Bernardo Assembly Hall was opened. At the time, the ceiling lacked the decoration that it is adorned with today. It is not very clear when the painting is from, but what is clear is that during the 1855-56 opening ceremony, which was attended by Isabella II, a speech made reference to the 18 wise men that can now be seen on the frieze. The decoration on the ceiling was completed in 1858.

Until the Law of Public Education in 1857 (Moyano Law), many short-term Study Programmes accompanied the country’s political turmoil; some were impossible to implement due to a lack of budget.

In 1858 it was integrated into the Central University, as well as the six Faculties (Theology, Philosophy and Literature, Exact Sciences, Physics and Natural Sciences, Law, Medicine and Pharmacy) and the following Schools: Royal Conservatory of Music and Declamation, Primary Education, Agriculture, Architecture, Diplomacy, Mechanical Engineering and Chemistry, Veterinary Sciences and Business. 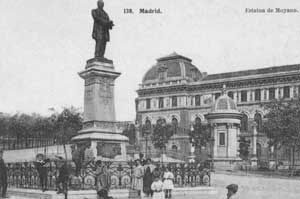 The Moyano Plan consolidated the centralisation and took control of the administration of university life. Along with the description of study programmes, the regulation insisted on the importance of educational training in order to alleviate the lack of facilities in which to receive a more practical learning. Prior to this regulation, some of the scientific institutions established in Madrid during the age of enlightenment had joined the university, such as The Museum of Natural Sciences, The Royal Botanic Garden and the Royal Astronomical Observatory. The regulations considered The Schools of Engineering and Professional Educational Centres as professional learning institutions not linked with the university.

Even though the university system established by Moyano would survive until the beginning of the 20th century, some conservative reforms were put in place. The final stages of the Reign of Isabella II represented the peak of conservative performance and caused a reaction on the part of the university community in Madrid, known as the first university question (primera cuestión universitaria).

The University in the Revolutionary Six-Year Period »