The University in the Revolutionary Six-Year Period 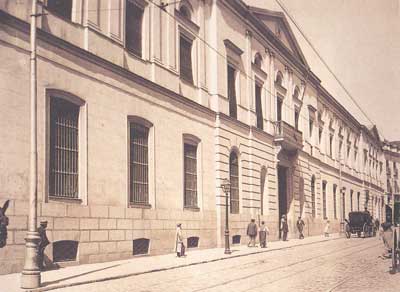 After the fall of Isabella II in 1868, Spain embarked on a six-year period referred to as the “Sexenio Revolucionario”, which started a period of radical and exciting reforms. Fernando de Castro, the newly appointed Rector, gave a speech during the inauguration of the 1868/1869 academic year which contained the guidelines of the new academic policy. The objectives set by the new authorities were designed with a view to achieving scientific and educational independence from both Government and Church, allowing for freedom of thought and expression as well as promoting ethical performance in academic activities. The same principles, strongly influenced by Krausism, were supported by Francisco Giner del Ríos who developed a university policy aimed at highlighting freedom of education and undertaking substantial reforms in academic organisation. The overall effect of these reforms was to achieve a higher degree of autonomy for universities and the suppression of the baccalaureate certificate as well as theological studies (in 1870). Many of these utopian goals failed during that period of social and political turmoil. 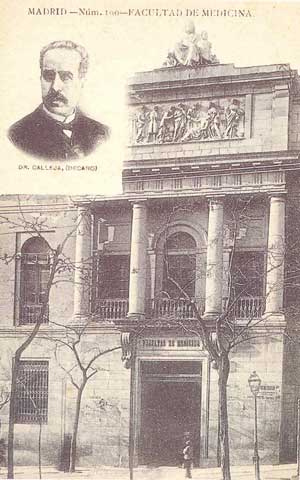 The restoration of the Monarchy in 1875 brought a more conservative attitude among higher education authorities. The few innovative proposals approved in the previous stage were rejected. Once again, these limitations led to conflicts in which the university community took part. These protests were known as the second university question (la segunda cuestión universitaria).

Despite the idealistic measures and the alternation between conservative and liberal governments during the Restoration period, the university structure designed by Moyano remained basically unchanged. The university regulations had become obsolete after nearly half a century. Society demanded new professional profiles and research, which began to be developed by the University and led by Jose Rodriguez Carracido, Ignacio Bolívar, Ramón Menéndez Pidal and Santiago Ramón y Cajal, did not fit into the obsolete model of the university at that time.  It was absolutely crucial to undertake a deep reform.