From 1898 to the Spanish Civil War 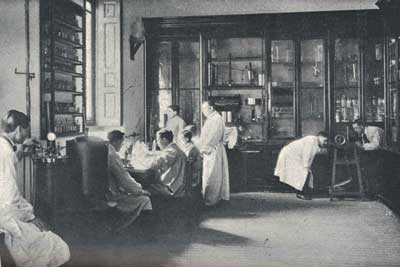 The crisis of 1898 exposed the weakness of the country and brought about the need for a thorough reform of education at all levels. The creation of the Ministry of Public Education in 1900 was a turning point in the history of Spanish universities. Antonio García Alix was the first minister in charge of that Ministry. He undertook reforms of the university in order to align the programmes more with those of other European university systems. While subsequent university reforms were carried out by other Ministers of Public Education in the early 20th century, the Committee for Advanced Studies was established to promote a policy of scholarships abroad and implement research laboratories in which faculty members of the Complutense University had an active presence.

The momentum of reform during the first decade was restricted by the national and international political and social circumstances. It was not until the end of the second decade that a line of innovation in university policy was discerned. The Royal Decree of May 1919, even with government contradictions, created the University Statute of Madrid, thereby recognising its academic independence. That legislation was suspended during the Primo de Rivera Regime, which interpreted the concept of “university autonomy” according to the legal framework of that period.

The construction of the University City (Ciudad Universitaria) acted as the second reason for modernising the Central University in the early 20th century. The project got started under the auspices of Alfonso XIII and in the spring of 1929 the Council for the Construction of the University City (La Junta Constructora de la Ciudad Universitaria) was created. The Primo de Rivera Regime had two main objectives: to relocate the bulk of the student body to the outskirts of the city as well as to present a grandiose construction project. The Construction Council was responsible for managing the land that had been donated in La Moncloa and architect Modesto López Otero was in charge of the construction. 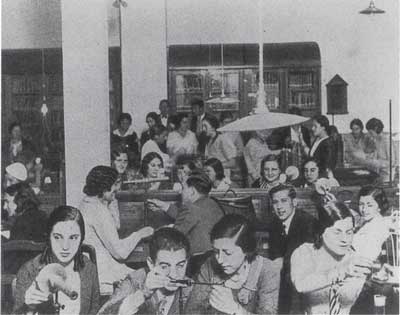 The Second Spanish Republic suppressed the fragile university network that had been established during the Primo de Rivera Regime, while strengthening the University City project as well.  Republican ideology introduced innovations in the design of new study programmes and academic organisation. In September 1931, the government carried out a pilot study programme in the Faculty of Philosophy and Literature in Madrid, which was a first step towards academic autonomy. The spirit of those plans was stated in the Basic Law on University Education presented by the Minister of Public Education Fernando de los Rios in March 1933. The law described a modern university committed to the education of professionals and research.

Throughout the 1930s work on the University City progressed well. The first building on campus was officially opened in January 1933—the Faculty of Philosophy and Literature. In 1936 the core of the project was finally completed: some buildings were open and could be used for academic activity, while others were in the final stages of construction.

During the Spanish Civil War, the campus served as one of the primary fronts, which disrupted and made the daily academic activity impossible. Most of the faculty members moved to Valencia, following the instructions given by the Ministry of Public Education.

The University during the Franco Regime »