Resounding success of the International Conference "The Traces of the Colorful Souls: Visual

A new interdisciplinary vision of the colours of the Middle Ages is emerging at the Faculty of Education of the Complutense University of Madrid, through a project of the Una Europa Alliance.

A large part of society is unaware that the Middle Ages were a time of cultural, material and artistic splendour, in contrast to the image that some novels and television series have conveyed of these almost a thousand years in the past. The stained glass windows of Gothic cathedrals, the funerary trousseaus of kings and bishops, the objects used at court and in churches, as well as a large number of richly illuminated manuscript books are just some of the examples of the richness of medieval chromaticism that have survived to the present day. The International Conference The Traces of the Colorful Souls. Visual and Material Arts in the Chromatic Middle Ages will be held on 2, 3 and 4 March 2022 at the Faculty of Education of the Complutense University of Madrid and will address the challenge of highlighting the value of medieval colours for their time and for our contemporary society.

The event was carried out with the logistical support of the Vice-Rectorate for International Relations and Cooperation (Lola Prieto, Esther Esquivel, Cristina Saura and Marta Arregui) and the Congress Unit of the Complutense Foundation (Sonia Cáceres and Consuelo Carralero), as well as an organising committee made up of UCM professors, management technicians and trainee students. Forty-nine professors and researchers from 18 universities, study centres and museums, based in a dozen countries in Europe, Africa and America, took part. These specialists in art, history, conservation and restoration, optics, philosophy, education and chemistry characterised a plural space in languages (Spanish, English, French and Italian) and knowledge from interdisciplinary perspectives.

The inauguration, on the afternoon of 2 March, was led by the Vice-Rector for International Relations and Cooperation, Mr. Dámaso López, the Dean of the Faculty of Education, Mr. Gonzálo Jover, the Secretary of the Faculty of Geography and History, Mr. Jesús Cantera, the Director of the Medieval Colors Network, Mr. José María Salvador, and the Congress Coordinator, Ms. Ana María Cuesta. These authorities highlighted the level of commitment of the UCM to international activities and to the event, materialised in the support of three faculties and two vice-rectorates. 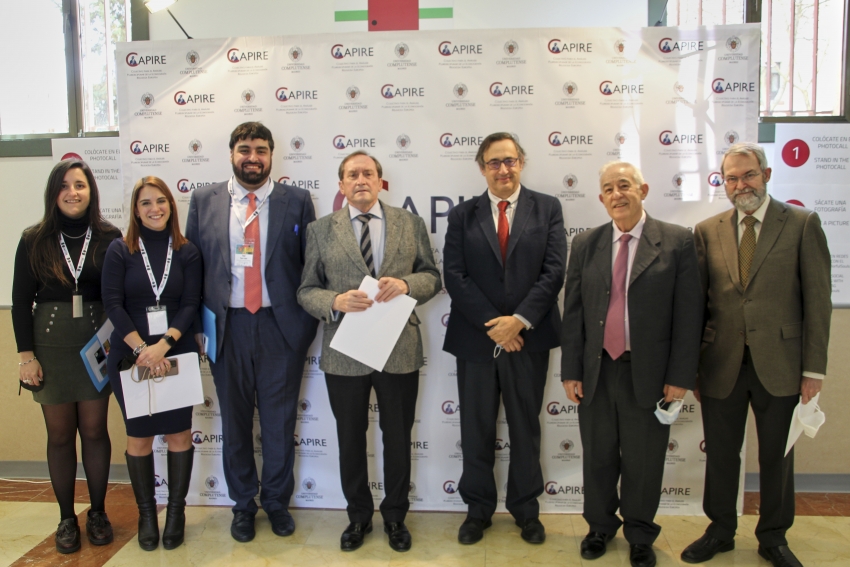 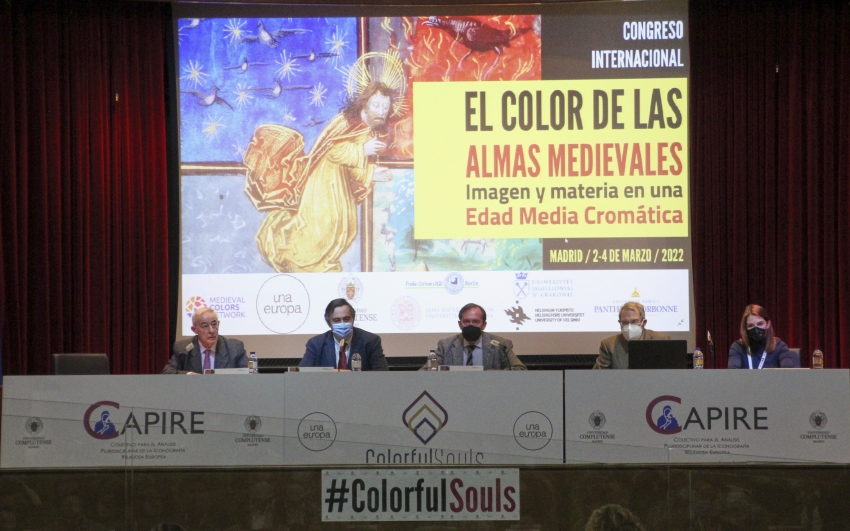 The opening lecture was given by Professor Andreas Petzold (The Open University), who spoke about the importance of the iconographic study of colour, providing a methodological approach that brought together the different traditions of visual studies. This was followed by a group of invited papers, which focused on the artistic and documentary dimensions of medieval colours, presented by Professors Stefanos Kroustallis (Escuela Superior de Conservación y Restauración de Bienes Culturales de Madrid), María Luisa Vázquez de Ágredos Pascual (Universitat de València) and Dobrosława Horzela (Uniwersytet Jagielloński w Krakowie). 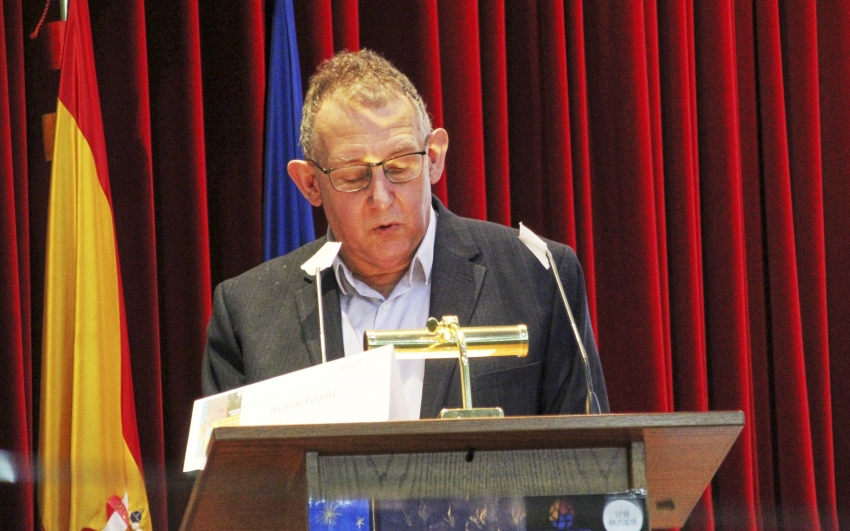 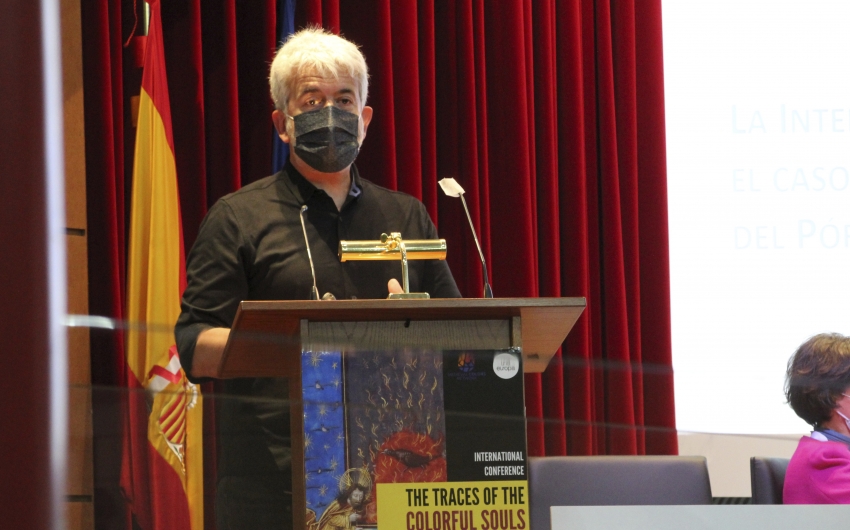 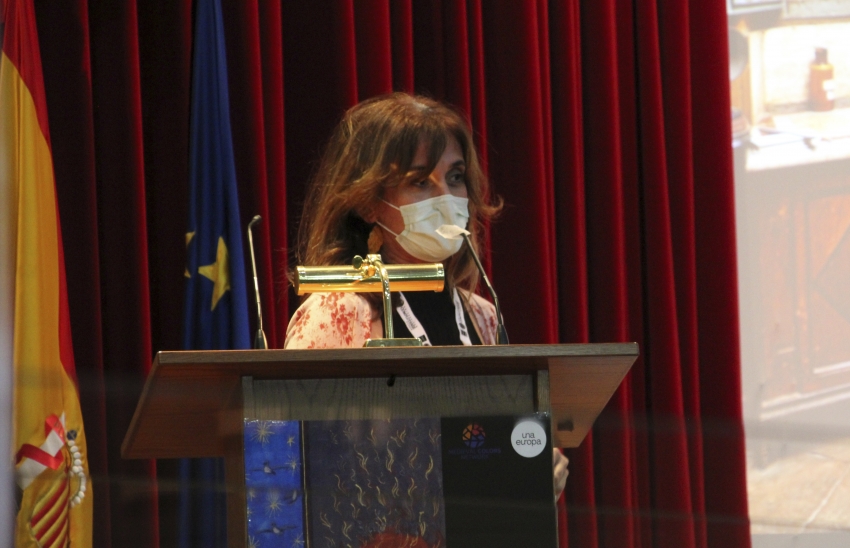 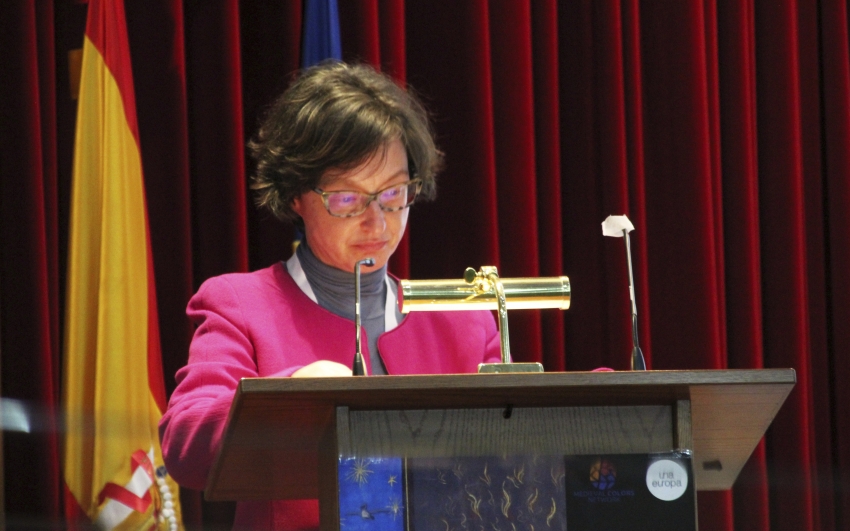 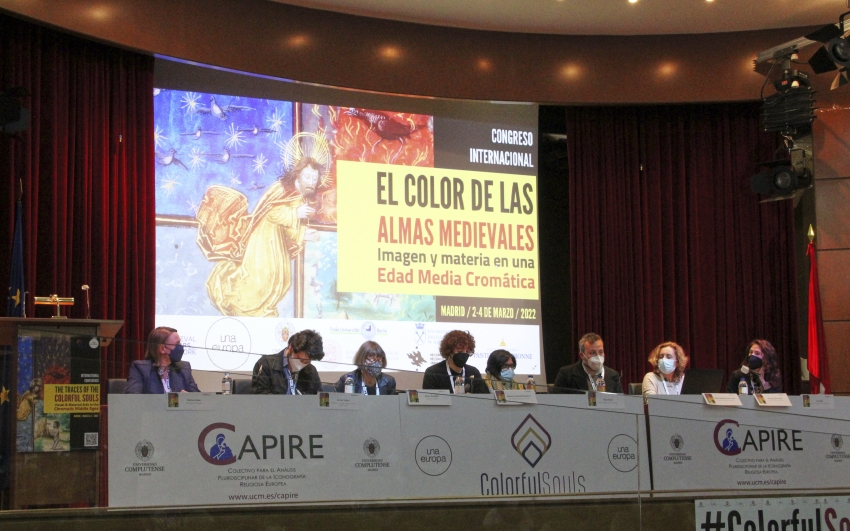 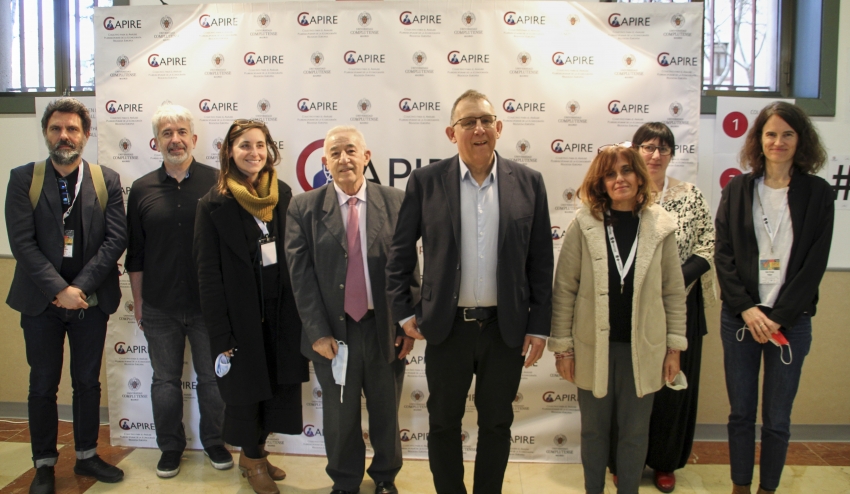 The morning of the second day, 3 March, began with talks by professors Ángel Pazos-López (Complutense University of Madrid), José Filipe Pereira da Silva (Helsingin Yliopisto), Ricardo Piñero Moral (University of Navarra) and José María Salvador González (Complutense University of Madrid). All of them, moderated by Professor Estrella Sanz, addressed different visions of the symbolic charge of colour, from its philosophical conception to its aesthetic, liturgical and Marian values, based on documentary sources of the time. 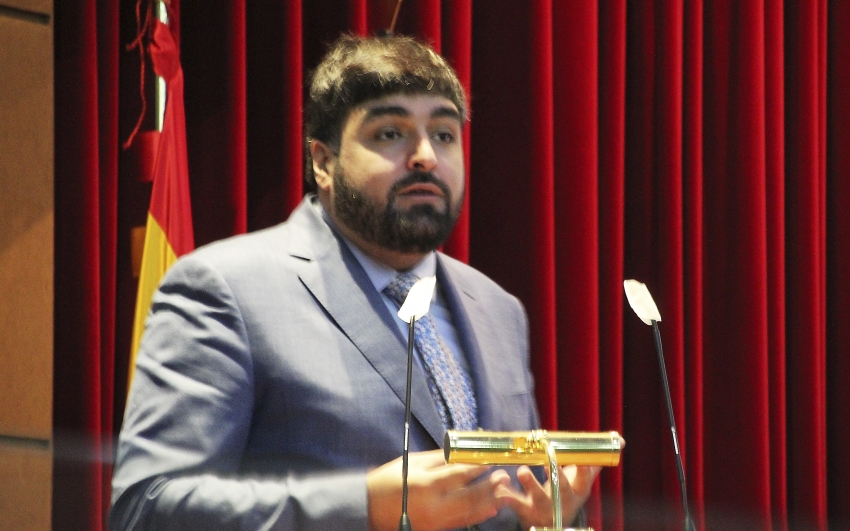 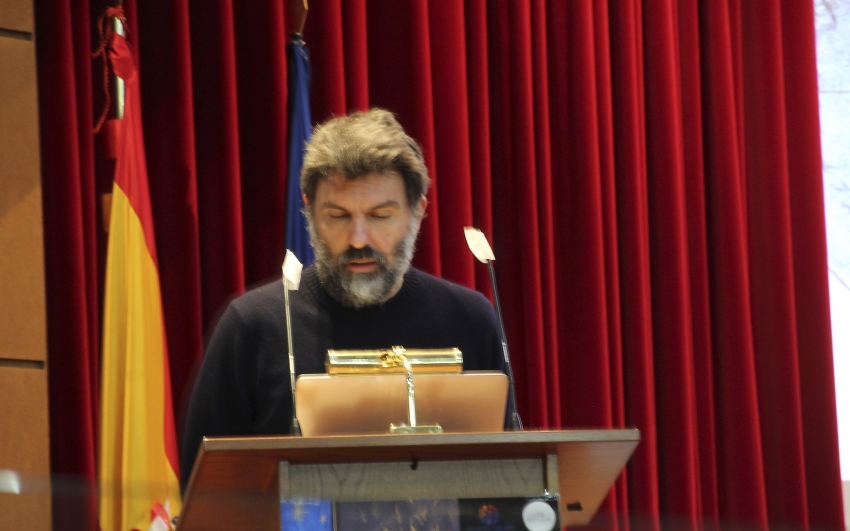 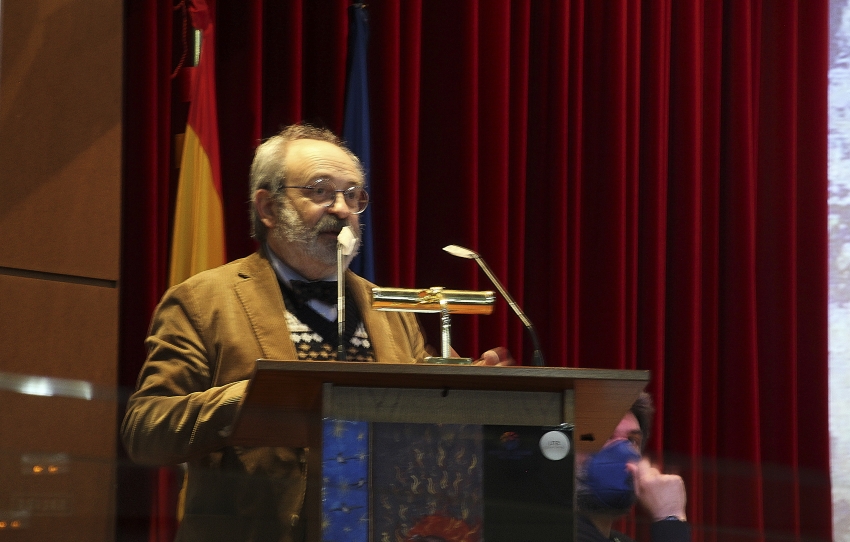 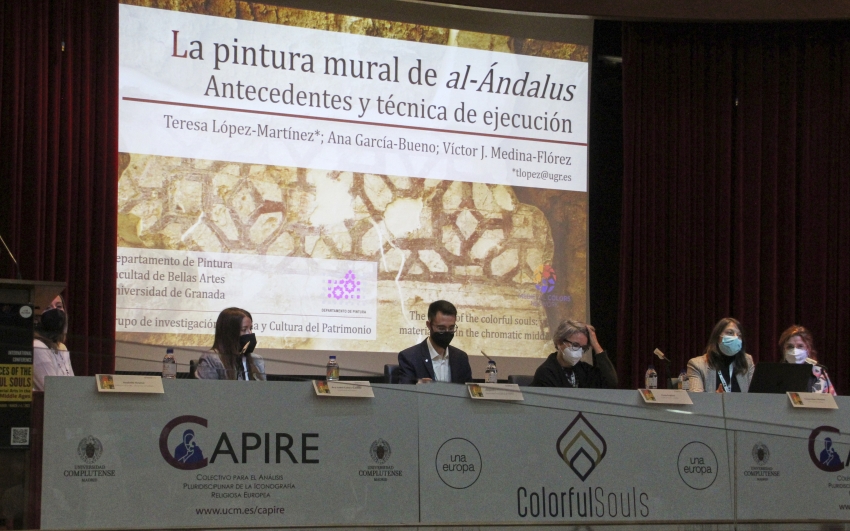 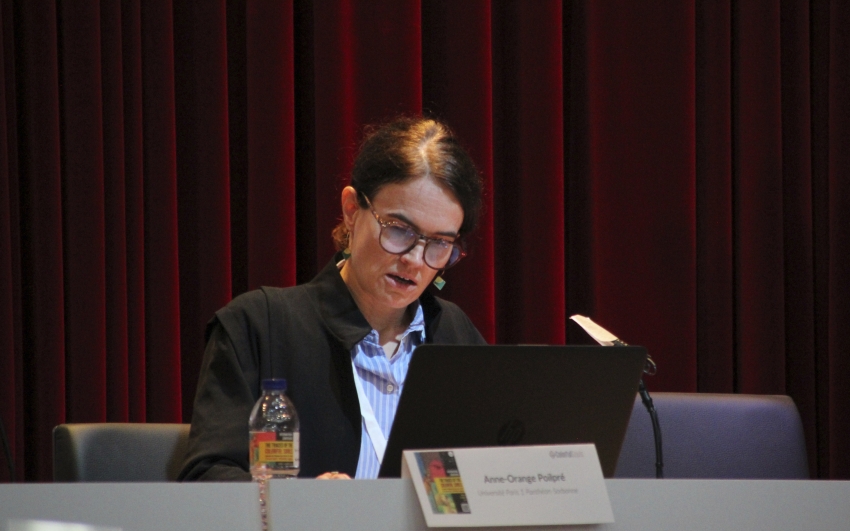 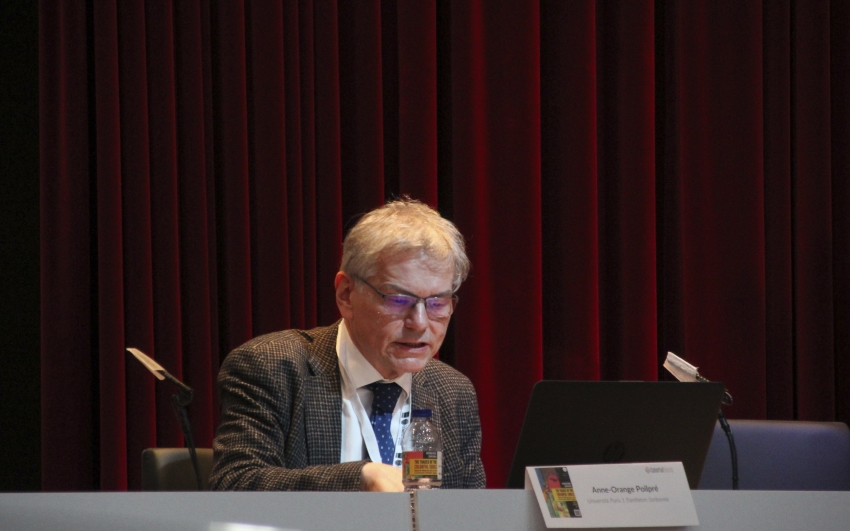 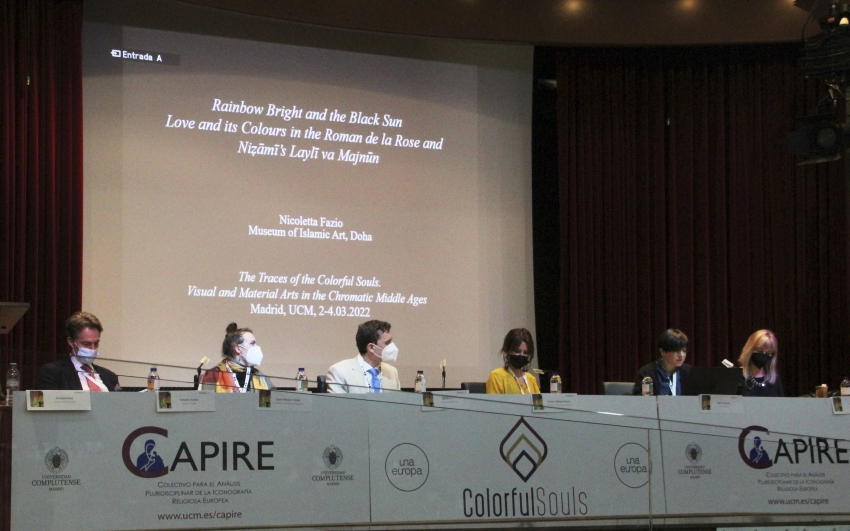 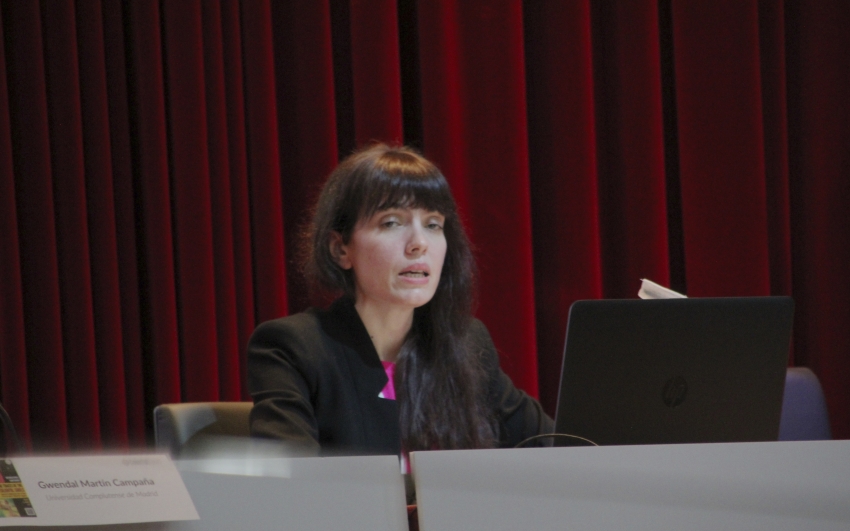 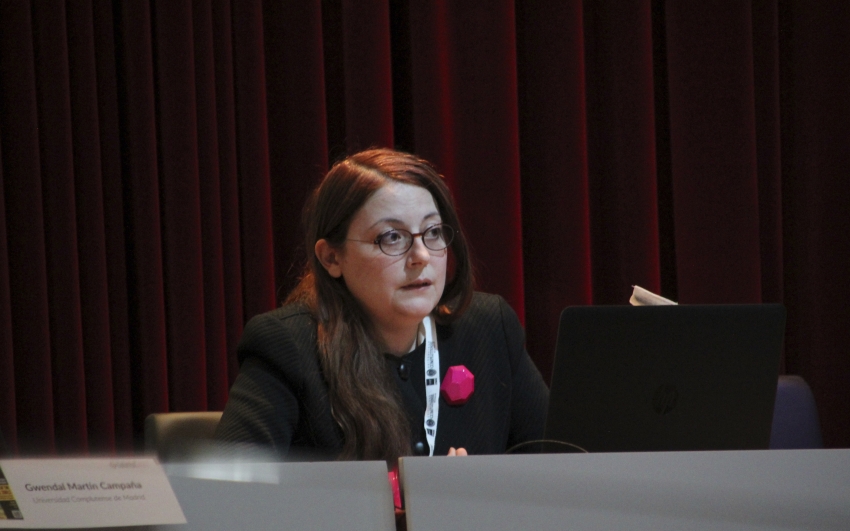 The morning of Friday 4 March, the last day of the conference, began with three presentations by four guest speakers: Ana María Cuesta Sánchez (Complutense University of Madrid), Ana García Bueno (University of Granada) and Sara Fiorentino and Donatella Tronca (University of Bologna). The use of polychromy in architectural and sculptural environments was completed with an intervention focused on coloured glass as a chromatic support. 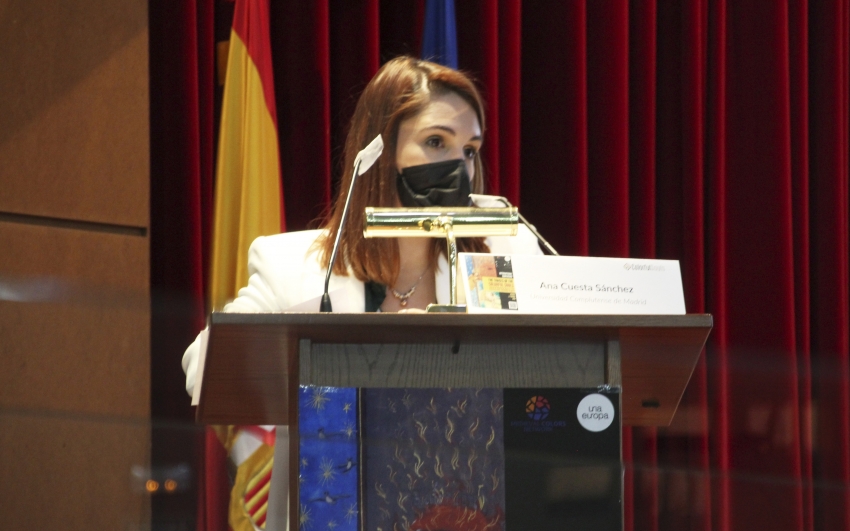 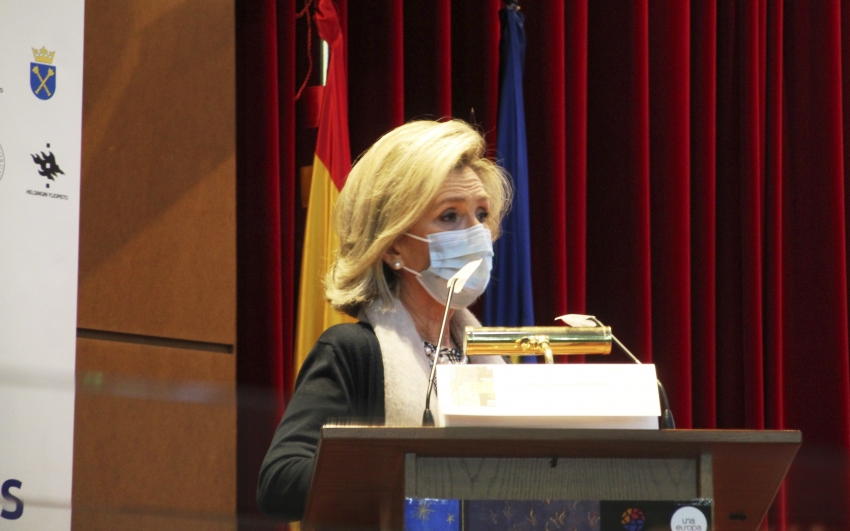 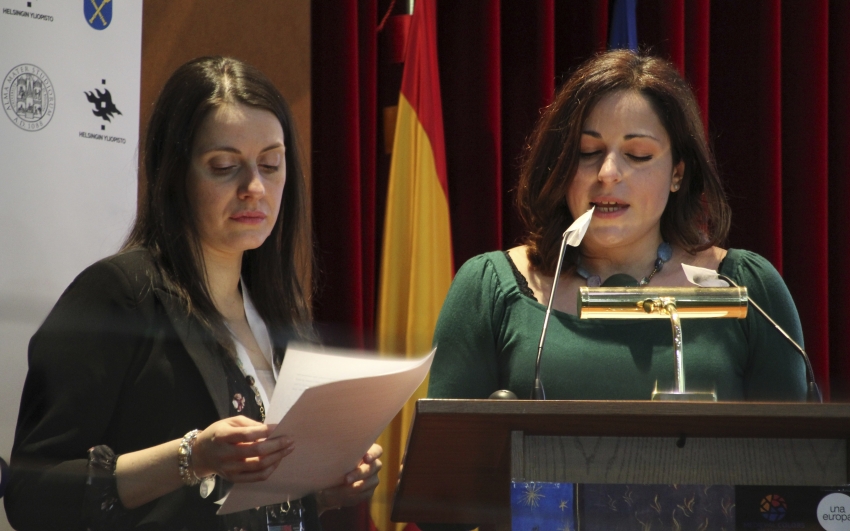 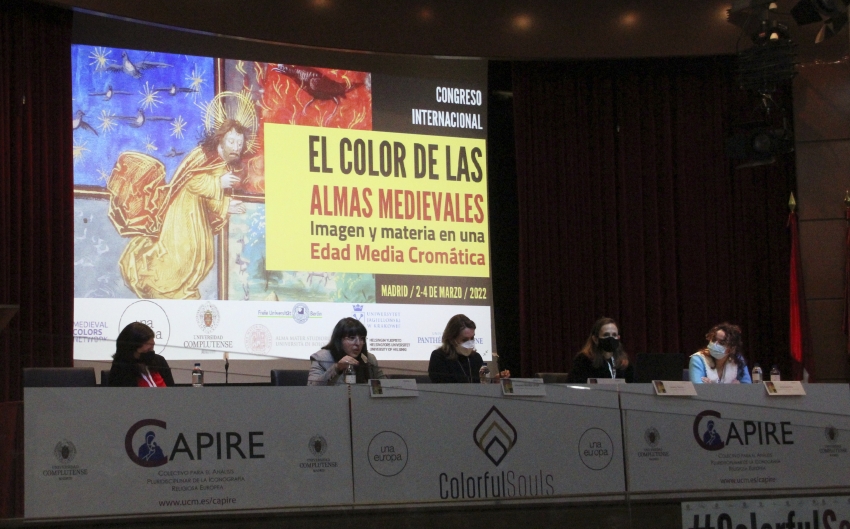 The Congress was closed at the end of the morning by the Vice-Rector for Culture, Sport and University Extension, Ms. Isabel García, the Dean of the Faculty of Fine Arts, Ms. Elena Blanch, and the Director of the Congress, Mr. Ángel Pazos. All of them highlighted the high quality of the oral interventions, the high level of internationalisation of the event (involving 18 institutions from 10 different countries from 3 continents of the world), as well as the diversity of stages in the research career of the participants (from doctoral students to professors). All acknowledged the hard work of organising an event of this nature and encouraged the members of the Medieval Colors Network to continue along the same path and to coordinate new activities in the future.

The activity could be carried out with the most exquisite care and an outstanding organisational quality perceived by all participants, thanks to the work of an organising committee made up of Irene Laviña, Fernando Pérez, Estrella Sanz, Macarena Moralejo, Alejandra Alonso, Alejandro Morán, Isabel María Lobón, Judit Faura, Miguel Lahuerta, Aurora Galisteo and Gwendal J. Martín, as well as the essential collaboration of the scholarship holders, trainees and collaborators of the CAPIRE Group of the UCM, Adriana Becerra, Lucía Cortina, Jorge Fernández, Rodrigo García, Lucía González, Irene Herranz and Sandra Pérez, to whom the Academic Secretary of the CAPIRE Group was able to convey, on behalf of the management, the most expressive thanks for their work and collaboration. 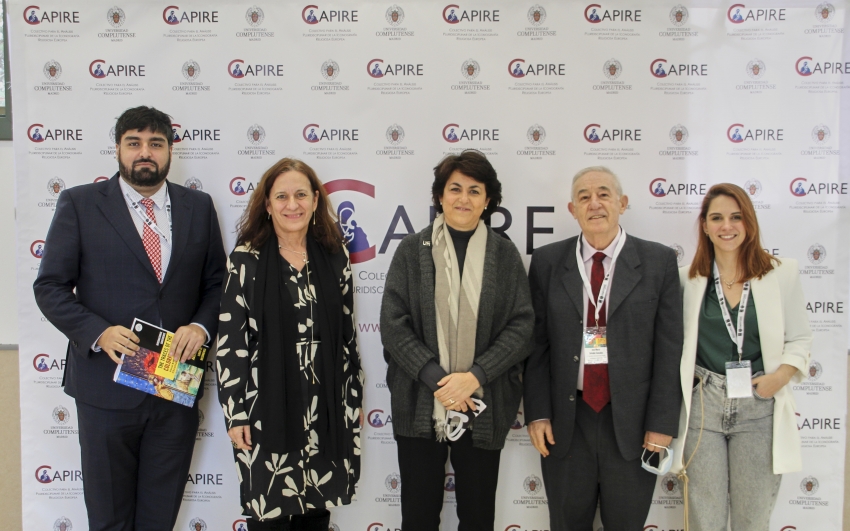 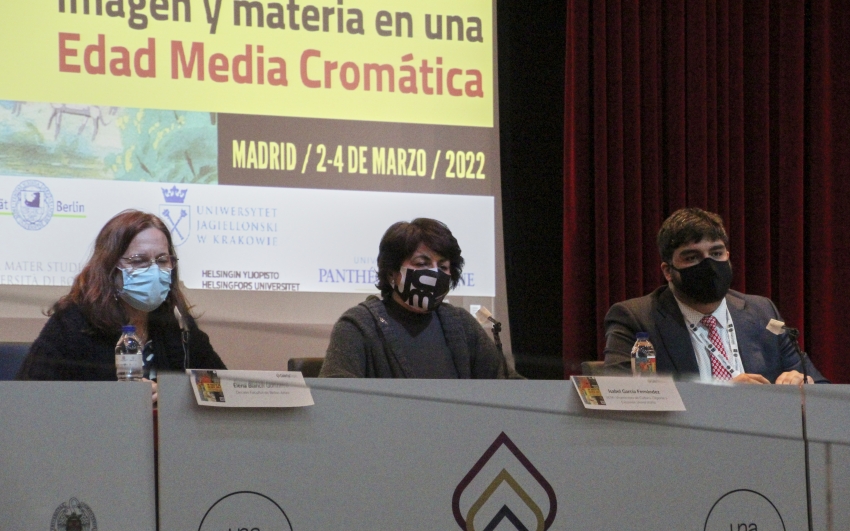 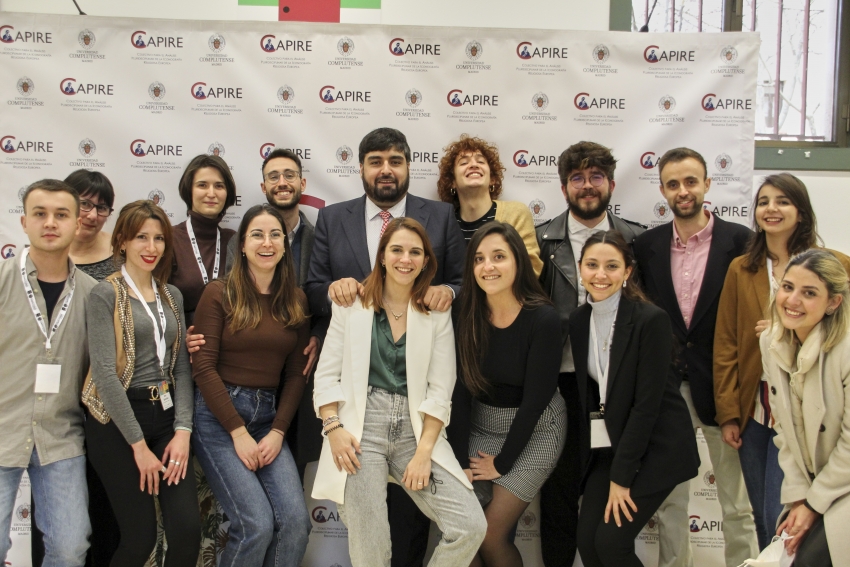 Programme of the event