"Women of Science" at IES Malilla

ZTF-FCT. Faculty of Science and Technology of the UPV/EHU

Dr. Antonio Salinas gave the course "Trends and projections of Biomaterials" at the University of Concepción

Antonio Villarreal,.author of the book "SABIAS"

Dr. María Vallet among the seven best scientists in Spain 2022

Tribute to Josep A. Planell. IBEC

Full Member of the Academy of Mr. Vicente Larraga. RANF

Elena García Armada as Full Member of the RAI

XXVI National Congress of the SEIOMM

Pharmaceutics. Articles among the top 8% of the works.

Took up Mr. Santiago Mas Coma as Full Member of the Academy. RANF.

Collaboration between SwiftPharma and the GIBI group

María Vallet are one of most highly cited authors in Europe. Royal Society of Chemistry

125 years of the Faculty of Chemistry of Valencia

María Vallet is ranked 416th in the world, 4th and first woman in Spain, in the field of Materials Science

For Women in Science. L’Oréal-Unesco

Official College and Association of Chemists of the Valencian Community

Scientific Conference by Dr. Montserrat Colilla Nieto at the RANF

Scientific Conference at the RANF

Box of Letters of the Cervantes Institute. María Vallet deposits a bequest in box 725

A word from an engineer. Radio 5

Ingenious Women at the School of Mines

Presentation of the Margarita Salas Award to Dr. Vallet. Community of Madrid.

M.Colilla and I.Izquierdo have edited a Commemorative Issue in Honor of Pr. M. Vallet in Pharmaceutics journal.

Ranking of female scientific researchers based on the h. IHL Group

Review on Int.J.Mol.Sci. has aroused great interest among readers

Meeting at the RAI

Act of recognition to the pharmacist tutors of supervised practices. UCLM.

Guide to Women in Innovative Entrepreneurship in Spain

Honorary Doctorate of the University of Murcia

Closing ceremony of the 2020-21 academic year of RAE

20th anniversary of the Fundación Lilly

2nd edition of the Master in Biomaterials UCM

Summer Courses of the University of Cantabria

Summer Course of the University of Cantabria. Round table

COVID-19: Experiences of a pandemic. Institute of Spain

People in the Spotlight, ISGS

Article added to Collection highlighting the most popular articles published in J.Mater.Chem.B

Profile on a scientist for his primary school

Four researchers from our team among the top 2% of the most cited researchers in the world.

Day of Women and Girls in Science. Universitat Jaume I

Exhibition: "They have the formula". Dubai and Afghanistan

When breaking the "glass ceiling" is not a utopia. Cevipyme

FundacionLilly. International Day of Women and Girls in Science

Meeting of the Strategic Council of the Women and engineering

Scientific Conference of the ROYAL ACADEMIES of Engineering, Pharmacy, Medicine and Science

Gala to support research in Hematology

Solidarity gala in favor of research in Hematology

Exhibition at the Hospital 12 de Octubre

"Science in Action. Meetings around science and business". Student Residence

"Evolution of biomaterials and their definitions". Radio 5. Engineer´s word

Award from the Forum of Innovative Companies. FEI

María Vallet with the campaign #SomUJIcontraCOVID

sMOOC: women in the periodic table 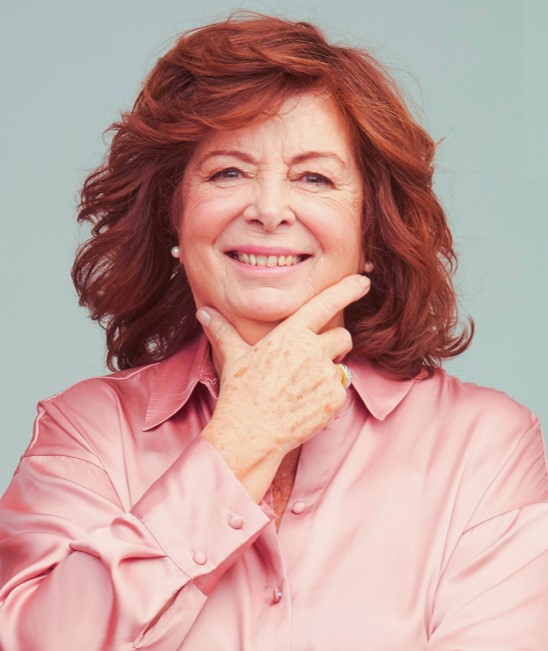 Group leader of the Biomedical Research Networking centre in Bioengineering, Biomaterials and Nanomedicine (CIBER‐BBN), and of the Research Institute of the Hospital 12 de Octubre (i+12). Recipient of an ERC Advanced Grant: Polyvalent mesoporous nanosystem for bone diseases.

Prof. Vallet-Regí has been awarded many important International prizes and she is member of the Spanish academies of Pharmacy, Engineering, European of Doctors, and the International College of Fellows of Biomaterials Science and Engineering (FBSE) and the American Institute for Biomedical and Biological Engineering (AIMBE).

Prof. Vallet-Regí is widely regarded for her contributions to Biotechnology and Medicine. A recent report released by Standford University has included her among the 2% of the top researchers in the World. The database, that analyses the career long impact by researchers according to Scopus database, has been published in PLoS Biology in 2020 and ranks her in the top position among Spanish colleagers and within th elite among World Researchers. Moreover, she is a Highly Cited Researcher 2018 (Clarivate Analytics). This list recognizes world-class researchers selected for their exceptional research performance, demonstrated by production of multiple highly cited papers that rank in the top 1% by citations per field and year in Web of Science. She is recognized as a pioneer in the field of ceramic materials applied to medicine. On one hand, she has been working in the biomaterials area developing bioceramics for bone grafting applications and scaffolds for regenerative biomedicine. On the other hand, prof. Vallet-Regí has intensely investigated on nanocarriers of different nature to deliver therapeutic agents to diseased tissues without affecting healthy organs. She was the pioneer who suggested introducing drugs into the pores of mesoporous silica materials, which inspired thousands of publications worldwide involving mesoporous silica nanoparticles for drug delivery.

She has received the Honorary degree (Doctor Honoris Causa) by Universities of Pais Vasco (Spain) 2013, Jaume I (Spain) 2015 and Murcia (Spain) 2021, and is Honorary member of the Materials Research Society in India.

She has received the Medal of Merit in Research 2019 and University Education awarded by The Government of Spain.

She was included in the 1k Club of Chemistry of Materials and have received an ERC Advanced Grant (call 2015).

She works mainly in the following fields of research:

Bioceramic based bone grafting materials and scaffolds for regenerative biomedicine.

Production and study of bioceramic systems for controlled release of biotechnological and antitumoral species.