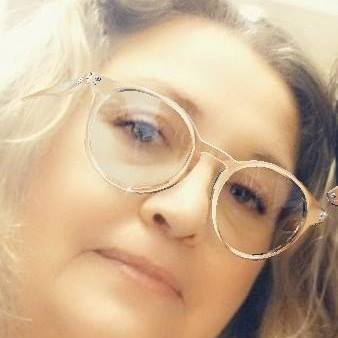 Asun López-Varela is Assoc. Prof. at Facultad Filología, Universidad Complutense de Madrid. She holds a PhD Anglo-American Culture and Literary Studies (2002), a Diploma of Advanced PhD Studies in Spanish Literature from UNED (2004), and a Master in Education Management from the Open University London (2000). Her research interests are Comparative Literature, Science & Literature, Cultural Studies, Cognitive and Intermedial Semiotics and Green Humanities and Sustainability.

Between Feb. 2018 and Feb. 2022 she was Deputy Head of the Department of English Studies, and between  Sept. 2017 and Sept. 2019 she was President of the European Society of Comparative Literature. She continues to serve ex-officio in ESCL Executive Committee keeping  ESCL webpage and FB (with over 6000 followers).

A proactive member of the profession, in 2007 she established the research program  Studies on Intermediality and Intercultural Mediation SIIM which continues to receive funding from various sources. López-Varela is  SIIM coordinator at the network  Acis-Galatea-Aglaya. EU projects include RRI Responsible Research and Innovation  funded by the European Commission,  Complutense Coordinator in UnaFutura/UnaEuropa 2020-21,  Coordinator of OpenU/UnaEuropa course on Sustainable Futures 2021-22 and participant in the European Alliance for Social Sciences and Humanities EASSH green transition group.

López-Varela is in EC of the Association of Alumni of the Real Colegio Complutense, Harvard University and a member of the Marie Curie Alumni Association MCAA.  Between 2017 and 2020 she was member of the  jury for MCAA Awards and collaborated with the MCAA Policy Group and Bridging Bussiness and Science WG. She was also on the Board of Gender Equality for Mobile Researchers in Science (GEMS). She has collaborated as MSCA expert evaluator with the European Office of the Fundación Española de Ciencia y Tecnología FECYT, the Agencia Andaluza del Conocimiento, among other agencies.

López-Varela has served as external evaluator for the EU Educational, Audiovisual & Culture Executive Agency EACEA  (2013-14), the European Research Program Horizon 2020 (Reflective Societies 2015-16), and MSCA Marie Sklodowska-Curie (every year since 2014), Evaluator  of Trinity College Long Room Hub MSCA COFUND fellowship programme for the Arts and Humanities (2016); She has also evaluated for the scheme of the Netherlands Organisation for Scientific Research (NWO) and since 2016, annually for the German Academic Exchange Service DAAD  P.R.I.M.E. Postdoctoral Researchers International Mobility Experience. Between 2015 and 2019, she was external evaluator of the programs on Comparative Literature at Dublin City University. She has also collaborated with the Institute for Intermedial Studies at Linnaeus University, and as recruitment advisor with the Universidad Nacional de Educación a Distancia UNED and the Department of Romance Studies Harvard University.

López-Varela was visiting scholar at Brown University (2010) and Harvard University (2013) and  visiting professor at Delhi University (2011), Beijng Language and Culture University (one month every year between 2012 and 2015, collaborating in a research project), Al Farabi National Kazakh l University, Almaty (she visits one month every year since 2013 until the present to supervise PhD students). Tamkang University, Taipei & Sun Jat Sen Univ. Kaohsiung (2014-2015).  She is a honorary member of the  Poetry Award Committee of Beijing Literature and ArtNetwork. In order to strengthen relations between Europe and Asia, López-Varela coordinates the Complutense-One Asia Foundation Seminar Series on Cross-cultural dialogue funded by the One Asia Foundation. She also collaborates with other research groups such as  Mitocriticism Research Group at Complutense Madrid   and  Semiótica Comunicación y Cultura  Her participation in education innovation projects and transference includes the use of digital technologies and editorial practices. She holds a Digital Competences Cert

Lopez-Varela is keen in giving international visibility to SSH research by colleagues and younger peers, and her editorial activities are a clear sign in this direction.