The Unión Iberoamericana de Universidades (UIU) is a strategic alliance made up of the Universidad Complutense de Madrid (UCM), the Universitat de Barcelona (UB), the Universidad Nacional Autónoma de México (UNAM), the Universidad de Buenos Aires (UBA), Argentina; and the Universidade de Sao Paulo (USP), Brazil, with the aim of being a think tank of high scientific quality, an international reference that will benefit the recognition of its scientists, professors and students, as well as the development of Ibero-American culture in the world.

The purpose of the Ibero-American Union of Universities is to foster collaboration through the mutual exchange of students and professors, the realization of joint research and teaching projects, the development of theses or shared studies for simultaneous degrees or graduation, as well as the organization of seminars, colloquiums, scientific conferences and other cultural manifestations. In addition, they will intervene as Ibero-American Union of Universities in governmental, international or other sponsoring institutions' programs.

In 2016, the Rectors of these institutions signed the framework agreement creating the Union. For its functioning, an Executive Committee has been constituted made up of a representative of each university designated by each rector.

During the first four years, six International UIU Schools have been held with students and professors from the five universities. As for research work, 2 annual calls for international research projects have been held which have financed a total of 37 projects.
For more information, new calls for proposals and results, please consult the official website of the Ibero-American Union of Universities. 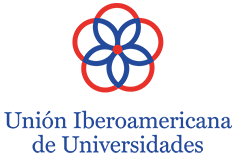