According to the latest data from the World Health Organization, more than a million people worldwide were diagnosed with stomach cancer in 2018, the fifth most prevalent cancer. The most common gastric tumor is gastric adenocarcinoma, originating in the gastric mucosa. A research team led by the University Complutense of Madrid in Spain has identified 2 biomarkers that help predict the risk of developing the disease, as well as a poorer prognosis: polymorphisms-variations-of the transforming growth factor B1 (TGFB1) gene and the TGFB1 protein. 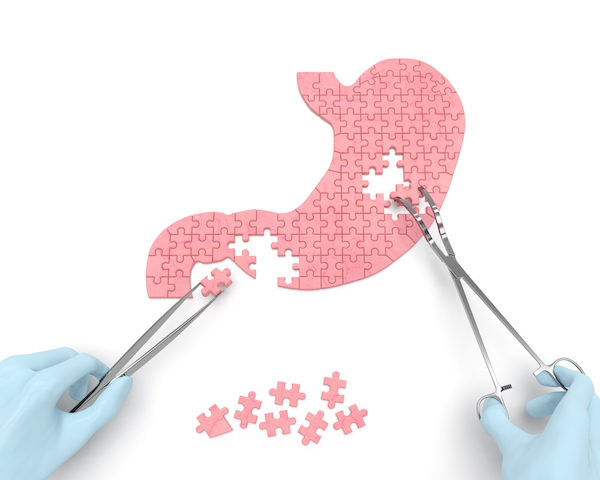 According to the World Health Organisation, stomach cancer is the fifth most common cancer worldwide. / Shutterstock.

UCC-UCM, March 2.- Low plasma levels of protein TGFB1 and polymorphisms in gene TGFB1 act as biomarkers for the prognosis of gastric adenocarcinoma, according to a study led by the University Complutense of Madrid (UCM).

In particular, these variants are 12% more frequent in patients with metastatic tumors, “which indicates their importance in the clinical progression of this disease”, stated José Manuel Martín Villa, Professor of Immunology and researcher at the Department of Immunology, Ophthalmology and Otolaryngology of the UCM.

In addition to identifying patients with poorer progression and high mortality, these markers also identify individuals at risk of developing this stomach tumor.

The finding, published in the Journal of Cellular and Molecular Medicine, “helps establish newer and more appropriate therapeutic regimens”, according to Martín Villa.

In addition to the UCM, the study counted on the participation of the Department of Gastrointestinal Surgery of University Hospital Príncipe de Asturias (Alcala de Henares, Community of Madrid, Spain) and the Gregorio Marañón Healthcare Research Institute (Madrid, Spain).

Possibility of extrapolating the data

Regarding the detected serological marker, Martín Villa explains that, “the role of the TGFB1 protein in the progression of cancer, modulating the immune response, is controversial. However, these data indicate that this cytokine has a direct effect on the disease, because its absence causes these tumors to become malignant and more invasive, aggravating the patients’ condition”.

To reach these conclusions, the researchers obtained genetic material from a Spanish population and determined the variants using molecular biology techniques.

The patients were stratified according to internationally established criteria for disease stages (I to IV). Statistical approaches were employed to determine the association between these genetic markers and the development and progression of the disease.

“This study was conducted over the course of 5 years, which has enabled us to associate these genetic variants with patient survival in the medium term”, added Martín Villa who also leaves the door open to the possibility that the identified genetic and serological markers are also involved in other tumors such as colorectal cancer.