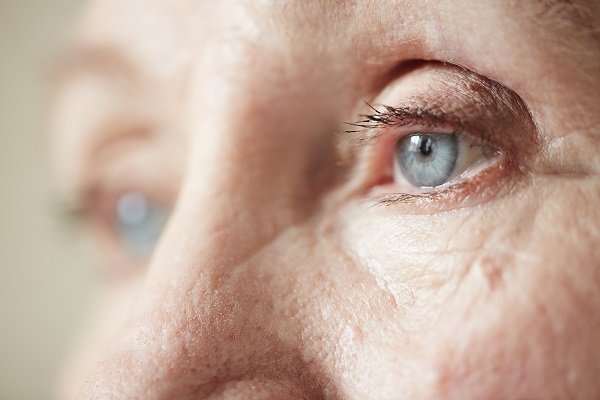 Some retinal layers wrinkle in early phases of the illness. / Shutterstock.

UCC-UCM, 7 June. Over recent years, the retina has established its position as one of the most promising biomarkers for the early diagnosis of Alzheimer's. Moving on from the debate as to the retina becoming thinner or thicker, researchers from the Universidad Complutense de Madrid and Hospital Clínico San Carlos are focusing their attention on the roughness of the ten retinal layers.

The study, published in Scientific Reports, “proves innovative” in three aspects according to José Manuel Ramírez, Director of the IIORC (Ramón Castroviejo Institute of Ophthalmologic Research) at the UCM. "This is the first study to propose studying the roughness of the retina and its ten constituent layers. They have devised a mathematical method to measure the degree of wrinkling, through the fractal dimension, and have discovered that in some layers of the retina these measurements indicate that wrinkling begins at very early stages of Alzheimer's disease," explains the IIORC expert.

To undertake the study, launched six years ago, the researchers developed computer programs allowing them to separate each layer of the retina. Following this subdivision, the problem which arose was how to distinguish the roughness of one layer from that of the neighbouring layers.

“As each is in contact with the others, the wrinkling of one layer is transmitted to the adjacent layers, and their roughness becomes blurred. The solution was to flatten each layer mathematically on each side and study the roughness remaining on the other side," indicates Lucía Jáñez, the lead author of the publication.

The second problem faced in the research was to find a procedure to measure roughness. "The solution lay in calculating the fractal dimension of the side of each retinal layer studied," explains Luis Jáñez, researcher at the UCM's ITC (Institute of Knowledge Technology).

"A flat surface has only two dimensions: length and width, but if it is folded or wrinkled it progressively takes on body and begins to appear a three-dimensional solid object. The fractal dimension adopts fractional values between 2 and 3, and so is suitable to measure the degree of wrinkling of retinal layers," he adds.

The final step taken by the group was to incorporate the technology they had developed within the Optical Coherence Tomography (OCT) currently available on the market, using mathematical analysis to express this in software which calculates the roughness of each retinal layer, and establishes the boundary between health/illness.

For the patient, this is a simple, quick and low-cost test. "No prior preparation is required. They simply turn up for an ophthalmology appointment, sit facing the machine and spend about 4 seconds looking at a dot of light inside: that generates the OCT image. The analysis of the roughness of the image is performed by a computer program in less than one minute," the ITC researcher indicates.

After a decade working in this field, researchers understand how the eyesight of patients with Alzheimer's evolves, and the changes in retinal thickness. "From now on, with this new technique we can research how to use retinal roughness to monitor and ascertain the stage of Alzheimer's disease," predicts the IIORC researcher Elena Salobrar García.

As well as being used in Alzheimer's, the methods they have developed could be applied in studying other diseases, such as ALS or Parkinson's, "the effects of which on the retina we are now beginning to understand. As well as contributing to advances in neuroscience, this might also be useful in ophthalmology," concludes Omar Bachtoula, researcher at the UCM Psychology Faculty.