Understanding the three-dimensional structure of biological macromolecules such as proteins helps determine their function and locate the problems that occur in them and that affect the human body. A research team led by the University Complutense of Madrid published in Nature Communications the development of new image processing methods that improve the 3D reconstruction of, among others, the SARS-CoV-2 spike protein. 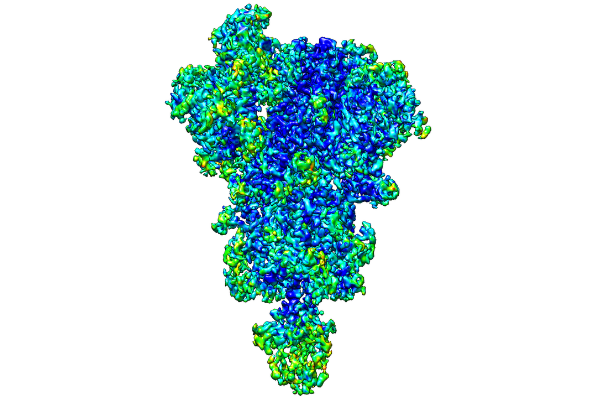 Currently, determining the composition (i.e., the sequence of amino acids) of macromolecules such as proteins is relatively simple; however, determining the shape in which they are ordered in a three-dimensional structure is not. The new methodology, published in Nature Communications, improves the visualization of the 3D reconstructions obtained through cryogenic electron microscopy, as well as their quality.

“This study helps us broaden our understanding of proteins and other macromolecules that support essential life processes, providing new tools for structural biologists to interpret more with greater reliability”, explained Javier Vargas, Ramón y Cajal researcher at the Department of Optics of the UCM.

These methods are applied to diverse biological macromolecules with biomedical relevance, including 3D reconstructions of the SARS-CoV-2 spike S protein.

“This protein is essential for the entry of the virus into human cells. The processing of this protein with these new methods helped analyze regions that previously could not be interpreted”, says the physicist.

The study began when Vargas was working as a professor in McGill University (Canada) and was conducted and concluded when he returned to the UCM in mid-2020. In addition to these institutions, the study also counted on the participation of the National Biotechnology Centre of the Superior Council of Scientific Investigations (Spain) and the University of Texas in Austin (US).

The researchers predict that this study will be used to improve the construction of atomic models without previous information of macromolecules based on 3D reconstructions obtained using cryogenic electron microscopy.

“This information is essential for understanding and characterizing macromolecules from the biochemical standpoint and useful for designing new drugs such as those for blocking SARS-CoV-2 from accessing the interior of cells”, highlights Vargas.