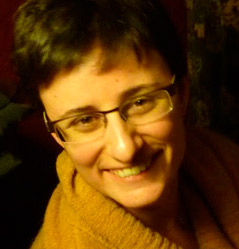 Associate Professor of American Literature at the Department of English Studies, Complutense University, Madrid (Spain). Her doctoral dissertation, The Rhetorics of Schizophrenia in the Epigones of Modernism (2003) was based on her research as a visiting scholar at Harvard University in 2001 and 2002. She was also a participant in the 2010 Study of the United States Institute on Contemporary American Literature at the University of Louisville, Kentucky, funded by the Spanish Fulbright program and the US Department of State.

Current research and teaching interests include 20th and 21st century US literature, postmodernism and contemporary fiction, the Countercultures in the US, Spatial studies, Gender studies, and Minority studies (especially Chicana studies). She is a participant in the research projects “Troubling Houses: Dwellings, Materiality, and the Self in American Literature” (Spanish Plan Nacional I+D+I, ref. FFI2017-82692-P, 2018-2020), and “Pensamiento y representación literaria y artística digital ante la crisis de Europa y el Mediterráneo” (Santander Complutense, ref. PR26/16-6B-2).  She led the research group “Space, Gender and Identity in US Literature and Visual Arts: A Transatlantic Approach” (Franklin Institute-UAH), and she is a participant in a research group dealing with Women’s Studies in English and American literature at Complutense University.