Long before their organization into the UPARCOS unit, these groups had already been collaborating in the framework of two Consolider-Ingenio large-scale national projects, CPAN and MultiDark, and also the AstroMadrid R&D program of the Comunidad de Madrid. Moreover, a strong collaboration has also been maintained in postgraduate training in both Master and Doctorate programs. Throughout 2016, numerous meetings were held between these groups to explore ways of intensifying these collaborations that finally lead to the creation of UPARCOS, approved by the Government Council of UCM in September 29, 2016.

The first goal of the Unit was to strengthen the collaboration among the groups in order to identify potential synergies and foster scientific exchanges. To this end, a number of collaborative activities were programmed. From the organizational point of view, the creation of a Research Institute to give further structure to the unit was seen as advantageous. As a result of an intense two-year work, the Institute of Particle and Cosmos Physics (IPARCOS) was funded and approved by the Government Council of UCM in December 18, 2018.

One of the consequences of these initiatives was the attraction of talent in such a way that from the initial size of 28 doctors in 2016, the Unit has grown up to a current size of 52 research staff members (as of December 2019). A significant amount of these new members are young researchers newly hired with competitive funding from excellence programs (RyC, CM Talent, etc.). 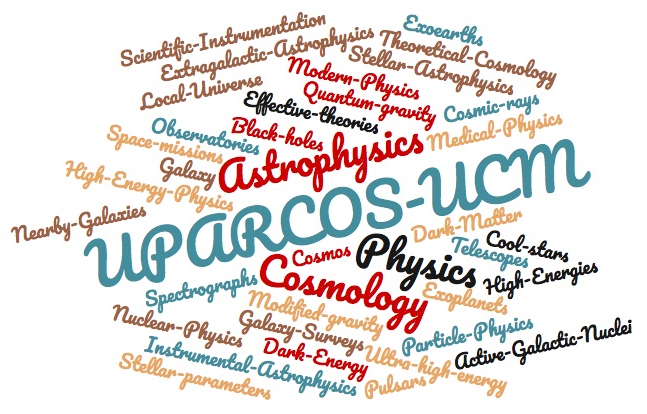