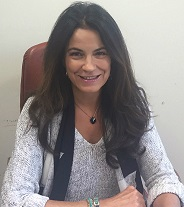 Dr. Isabel Durán Giménez-Rico is Professor of North American Literature and was Vice-Provost for International Affairs at the Complutense University from 2015 to 2019. She was President of SAAS (Spanish Association for American Studies) until 2019 and Chair of the Department of English Philology II (2013-2015). She has been an elected member of the General Council of ASA (American Studies Association 2008-2011) and is currently a member of the International Committee of that association.

Isabel Durán is the Director of the Complutense Research Group "Estudios de género en el ámbito de los países de habla Inglesa" (Gender Studies in the Anglophone World), and has just been a recipient of a Research Project entitled “Gender and Pathography from a Transatlantic Perspective (2021-2024). She has supervised 13 Doctoral dissertations. She has been a researcher at Harvard University through the Real Colegio Complutense (2012) and a Fulbright scholar (2000). She has lectured at various Spanish universities and institutions, as well as at the Universities of Bielefeld (Germany), Olomouc (Czech Republic), Aarhus and Copenhagen (Denmark), Buenos Aires (Argentina), USPI (Brazil), and at the North American universities of Harvard, Riverside, San Diego, Santa Barbara, UCLA, Dartmouth College and Georgia State. She is currently part of a European research team on Gender and Aging Studies. 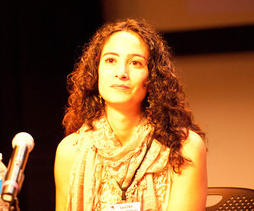 Noelia Hernando-Real is Associate Professor of English and American Literature at the Universidad Autónoma de Madrid (Spain). She received her Ph. D. in British and North-American Literature  (Doctor Europeus Mention) from the Universidad Autónoma de Madrid, where she held a FPU Fellowship for four years which also enabled her to do research at Trinity College Dublin (Ireland). Her research interests focus on contemporary US women playwrights. Noelia Hernando-Real has given papers at major national and international conferences, such as SSAWW, SAAS, ALA and ATDS, on the works of 20th and 21st-century American women playwrights, and is the current President of the International Susan Glaspell Society (https://blogs.shu.edu/glaspellsociety/about-the-susan-glaspell-society/).

Francisco José Cortés Vieco is Associate Professor and, since 2013, he lectures on Gender Studies and English Literature in the Department of English Studies at Complutense University of Madrid (UCM). He holds a PhD in Interdisciplinary Gender Studies (Alcalá University –‘Francisca de Nebrija’ Award for Best Thesis 2020 and Outstanding Thesis Award 2018-2019) and a PhD in Literary Studies (UCM- Outstanding Thesis Award 2012-2013). In 2018, Dr. Cortés Vieco was a Visiting Scholar in the Department of History of Science at Harvard University (Cambridge, Massachusetts, United States), thanks to the postdoctoral research scholarship awarded to him by the Real Colegio Complutense (RCC)-Harvard University. In addition, he has participated in several continuing education courses at University of Oxford (2008), University of Edinburgh (2016), and University of Cambridge (2017). Dr. Cortés Vieco has been a speaker in many conferences and congresses on English literature and women’s studies in Spain and abroad, and he is also the author of almost 40 national and international publications, including a monograph, chapters of books, peer-reviewed articles in journals on literary criticism and gender studies, or edited books with critical introductions and literary translations (two volumes of the poetry of Emily Brontë and Christina Rossetti).

Dr. David Yagüe González is a 4th year graduate student from Texas A&M University in Hispanic Studies and co-founder of the Latinx Cultural Production working group with Alberto Moreiras. He has a PhD in African American literature from the Universidad Complutense de Madrid with a dissertation that mainly focused in Toni Morrison’s works and trauma. During his research, he worked at Harvard University as a Teaching Assistant at the Romance Languages and Literatures department as an instructor in Spanish, where he is the co-chair of the Transatlantic Studies research group. He has published articles on biopolitics, animality and gender with his article “Animalidad y Animalización en Amores Perros” published in Miriada Hispánica (2017) as well as “El ruiseñor enfermo: narrativa y género en los cuentos de Efrén Hernández” published in the volume “Mirar no es como ver”: estudios y ensayos sobre la obra de Efrén Hernández published in 2018. 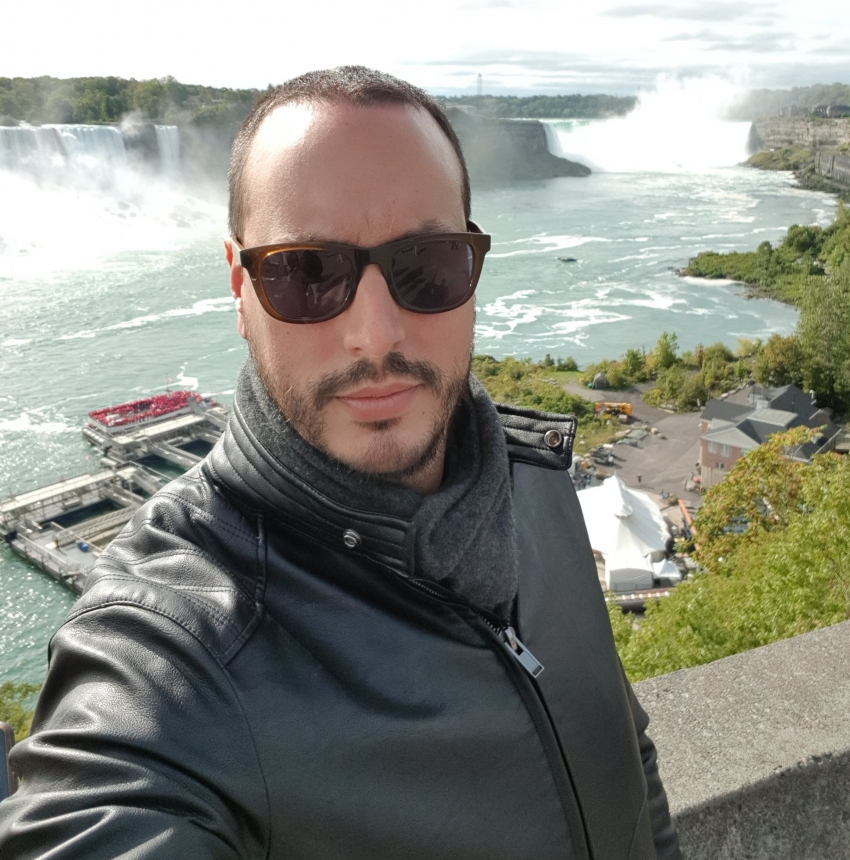 Juan José Arroyo has a B.A. in English Studies from Complutense University of Madrid. He also has an M.A. in North American Studies from both Complutense University and Franklin Institute of Alcalá de Henares University. He is currently enrolled in the Literary Studies Ph.D. program at Complutense University as well as in the Masculinity Studies Master's Program at Universidad de Castilla La Mancha. His doctoral thesis investigates representations of masculinity in the works of Cormac McCarthy. Juan José Arroyo was granted a Spanish Government FPU Scholarship in November 2020 and currently works for Complutense University in the department of English Studies where he is part of the research group Gender Studies. His research interests have to do with gender studies (femininity and masculinity), North American literature, film studies, and popular culture. Juan José has read papers and been chair in national and international conferences such SAAS, BAAS, ESSE, UCAM, among others. He was invited to give a lecture at Wilfrid Laurier University in Waterloo, Canada in Septembre 2019. He is a member or the Spanish Association for American Studies and a member of SAAS Young Scholars where he is part of the Writing Team. 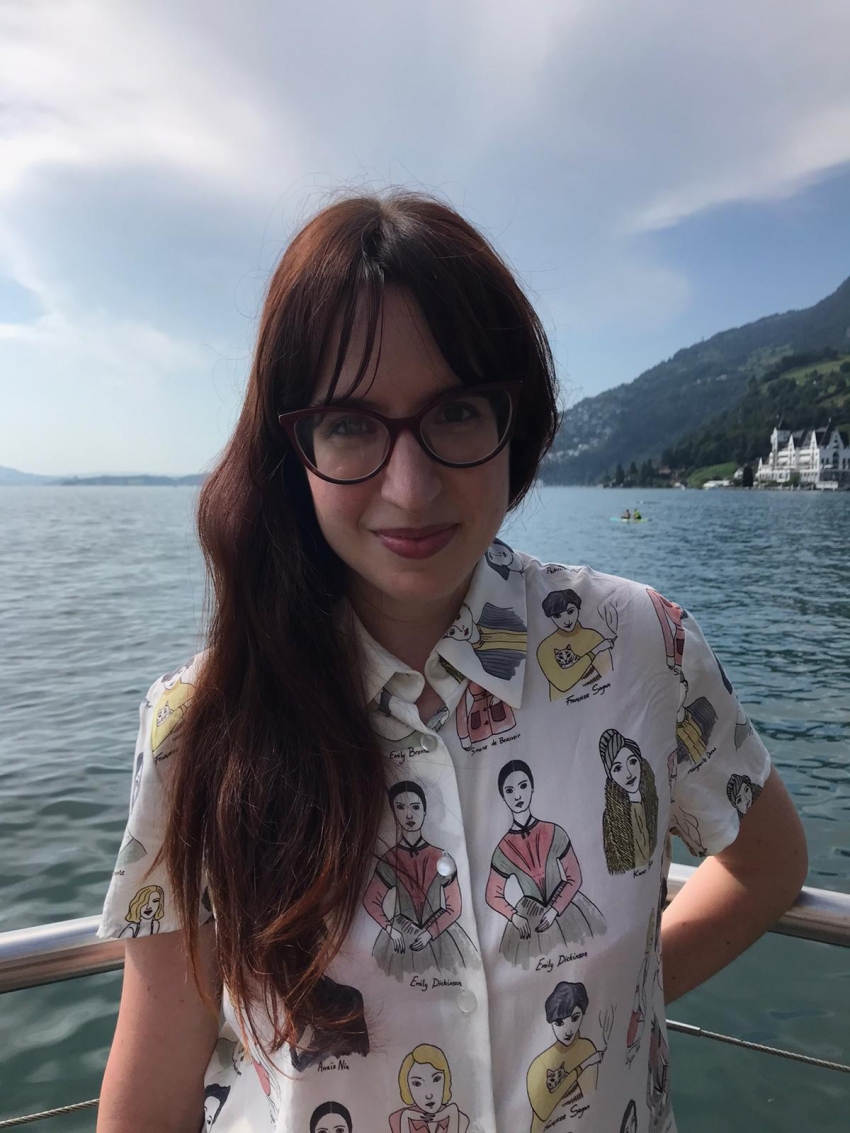 Isabel Marqués López is a predoctoral researcher at the Complutense University of Madrid. Her areas of interest include contemporary US American (non)fiction, 21st century women’s writing, autobiography theory and affect theory. She holds a Bachelor's degree in English Studies and a Master's degree in Advanced Studies in Literature and Film in English, both from the University of Zaragoza. She is currently working on a PhD thesis on narratives and testimonies of sexual harassment after the #MeToo movement in US literature and media, including works by Chanel Miller, Myriam Gurba, Carmen Aguirre and Siri Hustvedt. Her doctoral research is funded by a Research Fellowship from the Spanish Ministry of Education.

Dr. Carmen M. Méndez García is Associate Professor of American Literature at the Department of English Studies, Complutense University, Madrid (Spain). Her doctoral dissertation, The Rhetorics of Schizophrenia in the Epigones of Modernism (2003) was based on her research as a visiting scholar at Harvard University in 2001 and 2002. She was also a participant in the 2010 Study of the United States Institute on Contemporary American Literature at the University of Louisville, Kentucky, funded by the Spanish Fulbright program and the US Department of State.

Current research and teaching interests include 20th and 21st century US literature, postmodernism and contemporary fiction, the Countercultures in the US, Spatial studies, Gender studies, and Minority studies (especially Chicana studies). She was a participant in the research projects “Troubling Houses: Dwellings, Materiality, and the Self in American Literature” (Spanish Plan Nacional I+D+I, ref. FFI2017-82692-P, 2018-2020), and “Pensamiento y representación literaria y artística digital ante la crisis de Europa y el Mediterráneo” (Santander Complutense, ref. PR26/16-6B-2).  She led the research group “Space, Gender and Identity in US Literature and Visual Arts: A Transatlantic Approach” (Franklin Institute-UAH), and she is a participant in a research group dealing with Women’s Studies in English and American literature at Complutense University.

Claudia Alonso Recarte is Associate Professor of English at the University of Valencia. In the last few years, her research has fundamentally revolved around the field of (Critical) Animal Studies, with a particular focus on animal ethics within different literary and performative arts. In questioning how representations of nonhuman animal otherness implicate the correspondence between ethics and aesthetics, her work has inevitably intersected with other fields and concerns such as gender-based identities, ethnicities, historiography, performativity, and national sentiment. Some of her more recent work may be found in academic journals such as Gender, Place and Culture; Studies in Theatre and Performance; Atlantis; Journal for Critical Animal Studies; Critical Studies on Terrorism; and Cahiers victoriens et édouardiens. She is also currently a member in a national research project on animals on the contemporary French stage, financed by the Ministry of Science, Economy and Competitiveness (ACTZOO), and in an ERA Gender-Net Plus Project on aging masculinities in current European film and literature (MASCAGE).

Rebeca Gualberto Valverde works as associate professor at the Complutense University of Madrid, where she teaches at the Department of English Studies. In 2015 she completed her PhD in Literary Studies with honours at the Complutense University of Madrid, where she also got her BA in English in 2009 and her MA in Literary Studies in 2010. Her PhD dissertation, titled Representation and Reinterpretation of the Waste Land Myth in Anglo-American Literature, explores varied processes of representation and reinterpretation of the Arthurian myth of the Waste Land at different stages of the Anglo-American literary tradition, from the English Renaissance to American Postmodernism. With the financial aid of a UCM scholarship, she carried out part of her doctoral research at the University of Edinburgh, UK, where she stayed as a visiting postgraduate student in 2013. Besides her literary and philological background, Prof. Gualberto also has work experience and an academic background in education. She holds a MA in Teaching by UNED (National Distance Education University) and has taught in the field of education in the Faculty of Humanities at Isabel I International University and in the Department of Education, Behaviour and Society at the European University of Madrid.

Her academic interests and fields of research mostly focus on the study of myths and of mythical representation in literature as a critical prism to explore literature and culture from a social, political and ideological perspective. She has published several articles in scholarly journals and chapters in scientific volumes, most of them examining post-medieval reinterpretations of Arthurian mythology, be that in Renaissance drama, in modernism, or in the works of contemporary novelists. She has also published some of her work on mythical representation and intertextuality in contemporary popular culture. She is most interested in modernist studies, amd her most recent research explores myth-criticism within the fields of medical humanities and metamodernism. 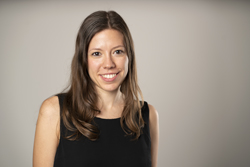 Laura de la Parra Fernández is Assistant Professor in the Department of English at Universidad Complutense de Madrid. Previously, she was Assistant Professor at Universidad de Salamanca and Program Director of the BA in Modern Languages at Nebrija University. She obtained her PhD in English from Complutense University of Madrid (Extraordinary Degree Award; "Félix Martín" Best Thesis in American Studies Award) with a dissertation entitled "Against Love: Women, Madness and the State (1939-1954). Her doctoral research was fully funded by a Research Fellowship from the Spanish Ministry of Education (FPU-MECD). She has been a visiting scholar at Birkbeck College, University of London and Harvard University, with the support of the Spanish Ministry of Education and the Real Colegio Complutense at Harvard. Her doctoral dissertation, “Against Love: Women, Madness and the State in Anglo-American Fiction (1939–1954)” deals with the representation of female madness in mid-twentieth century British and American women's literature.