Why should I learn Spanish?

Being able to speak Spanish today is a key which opens up markets, increases employability, promotes creativity and permits entry to a range of cultures with enormous economic power in the current world order.

It is estimated that in 2030 Spanish speakers will make up 7.5% of the world’s population. In fact, over 20 million students are currently studying Spanish as a foreign language, and it is the language of reference for the whole of the American continent. By the year 2050, the USA will be the country with the highest number of Spanish speakers. 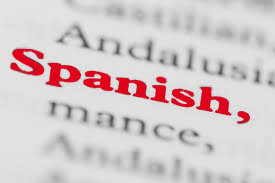 If you want to study Spanish before coming to Spain, the Cervantes Institute network is a good option. To find the nearest centre you can visit the web page: www.cervantes.es. Once in Spain, there are also Official Language Schools in each province.

The Spanish language Studies Centre of The Complutense University is accredited to get the Instituto Cervantes Diplomas in Spanish as a Foreign Language (DELE). For more information visit:http://diplomas.cervantes.es/en