The search for functionalities and improvements of the physico-chemical properties of many materials often requires a previous treatment involving surface modifications. Low energy ion bombardment is a common tool for this purpose, since the incoming ions have a sufficiently low energy to affect only the topmost layers of the material. The energy is, however, high enough to promote drastic changes in the topography and chemical composition. And some relevant physical and chemical properties (catalysis, adhesion, wettability...) depend mostly on the nature of these topmost layers of the material.

Oxide surfaces are very interesting targets for ion-induced modifications, as their tolerance to non-stoichiometry allows the exploration of a wide range of induced morphologies and properties. Within this research line we have studied

The lower Auger spectra shows, for instance, the chemical modification (reduction) of the TiO2(110) surface after ion bombardment (blue curve, as compared to the pristine surface in black). 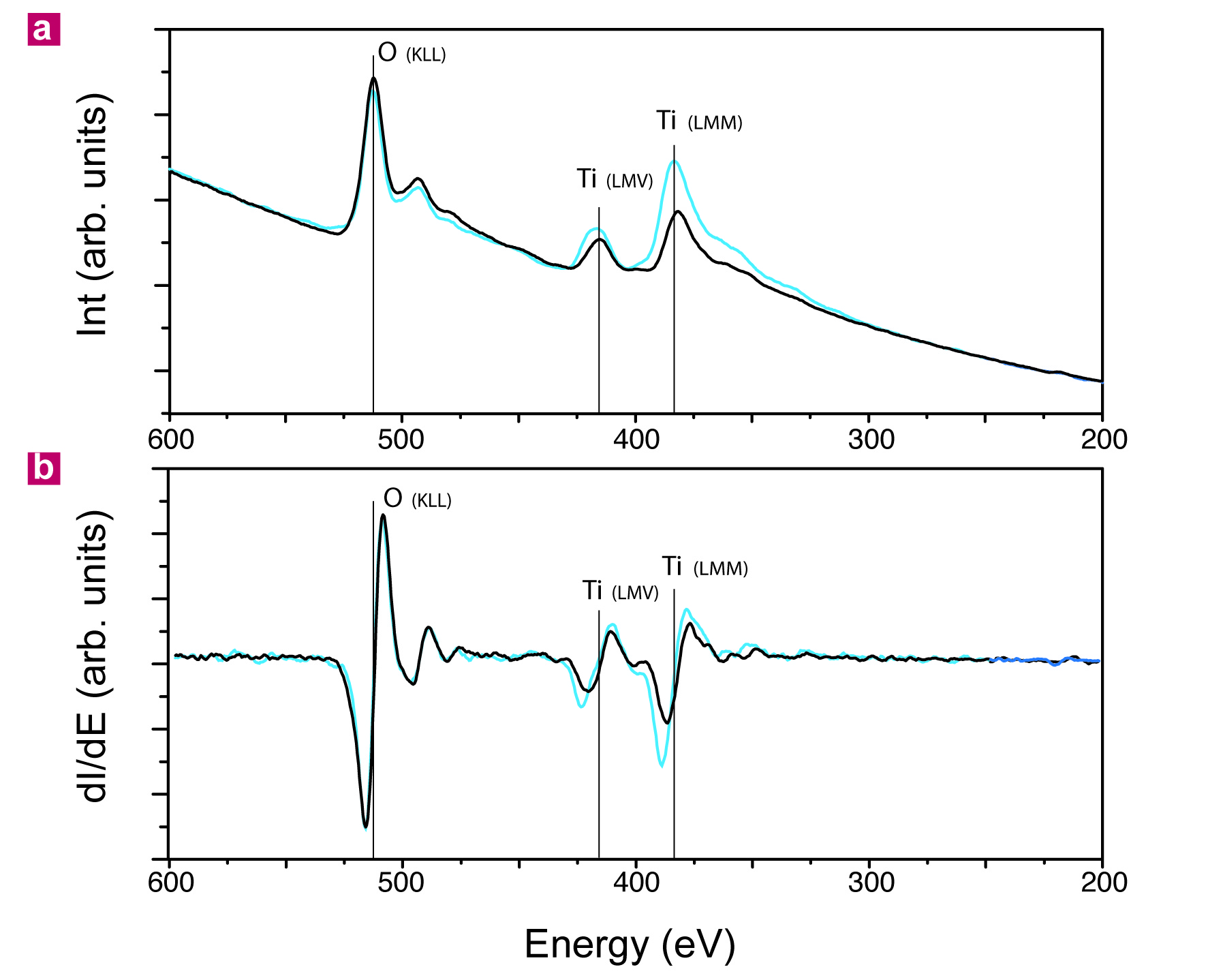 The maps in reciprocal space below show the coexistence of two crystal lattices after ion bomabrdment: the black lattice in the HK maps on the left correspond to the TiO2(110) surface, while the blue lattice belongs to the TiO(001) lattice, a product of ion bombardment. L-scans (below on the right) also show the out-of-plane periodicity. 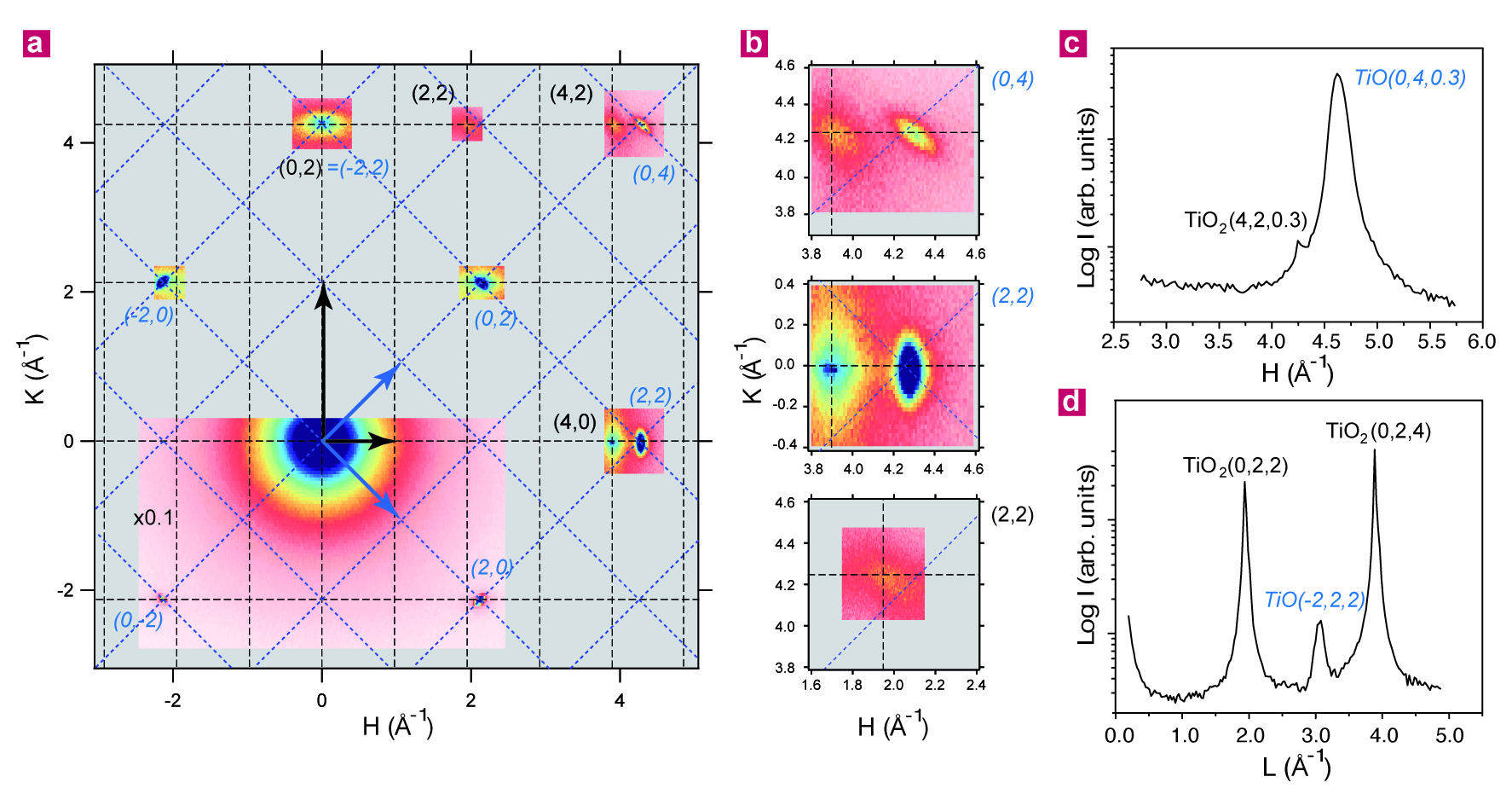 The main conclusion of this work is that low energy ion bombardment can be used to produce a single-crystalline thin film of a suboxide on top of the corresponding oxide.

To our best knowledge, this is the first example of how low energy ion bombardment can be used to transform an oxide surface into a single-crystalline thin film of the corresponding suboxide. Our work clarifies the role of ion bombardment on the atomic structure and establishes a new route to generate, for certain cases, heterostructures and interfaces between an oxide and its corresponding suboxide, in a relatively simple and controlled way. Low energy ion bombardment shows in this case a new technologically relevant capability.