Transmission electron microscopy showing cell wall defects at the septum area in cells with an altered phosphoinositide-dependent signaling (right) as compared to the control (left).

Humanized yeast models for the study of human disease

Within the feasible applications of genetic reprogramming of microbial models, an interesting approach deals with the exploitation of simple cellular systems to explore the molecular basis of human diseases. S. cerevisiae has a pivotal position as a model for biomedical research, having led to key discoveries in multiple processes related to cell biology, including the control of cell division, cell signaling and vesicular traffic. There is a striking degree of conservation between this unicellular model and higher eukaryotic cells regarding key cellular processes and the mechanisms that rule adaptive response to environmental signals. Actually, it is common that human genes involved in such processes share a functional homolog in yeast. Nevertheless, there are cases in which a protein or pathway of interest are missing in yeast, so heterologous expression of the human protein confers the yeast cell an activity and function that were naturally absent. In both cases, such humanized yeast cells provide a versatile experimental model that allows ready genetic approaches. 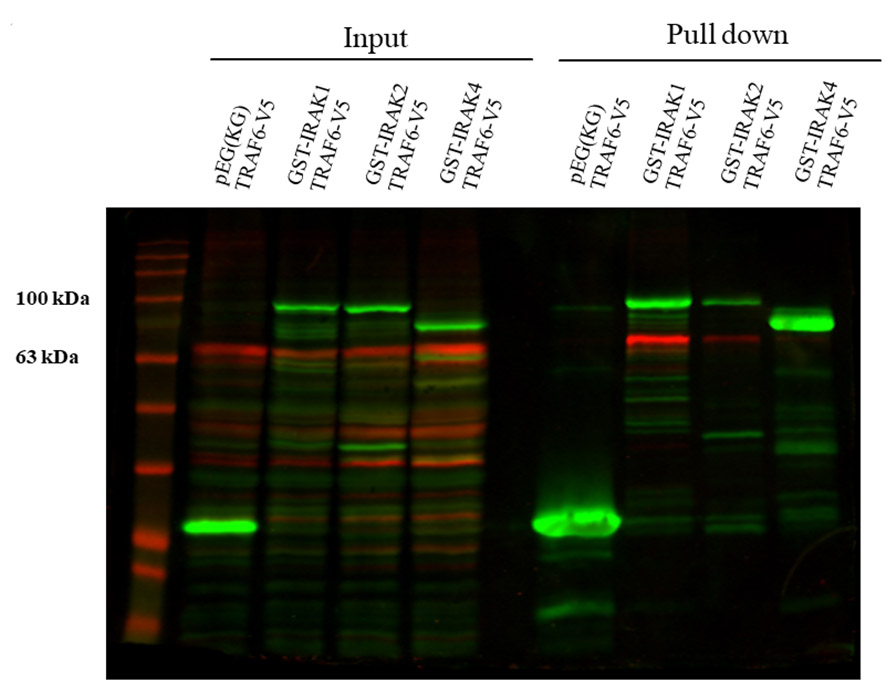 In our research group, we have expressed in yeast cells human oncogenes, such as the PI3K and Akt kinases and tumor suppressors, like PTEN, The latter, frequently mutated in cancer, is considered one of the most important genetic determinants in oncogenesis, tumor development and metastasis. In our lab, we have reconstituted in yeast the PI3K/Akt/PTEN pathway in collaboration with Dr. Rafael Pulido (BioCruces, Bilbao), and we have developed a yeast-based model that helps to predict the functional relevance of particular mutations in these proteins to elucidate their structural or mechanistic properties.

Currently, we are working on the development of yeast-based models to study signaling modules related to innate immunity by heterologous expression of the components of supramolecular organizing complexes (SMOCs) involved in signaling downstream TIR- RIG-I- and NOD-like receptors (TLRs, RLRs and NLRs, respectively). With our experimental designed we hope to contribute to the deveopment of useful tools for genetic and pharmacologic studies on these protein complexes, which are essential for proper response to pathogens and cell damage, as well as inflammation.