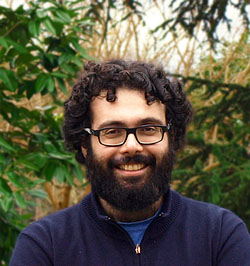 I am interested in quantum information and computation. Particularly, I work on non-local games, quantum graph parameters and zero-error information theory with entanglement.

From 2009 to 2013 I was PhD student at CWI, Amsterdam, the Netherlands. My advisor was Ronald de Wolf.  I got my PhD from University of Amsterdam on the 27th of November 2013, defending a PhD thesis entitled "Quantum entanglement in non-local games, graph parameters and zero-error information theory".

From January 2014 to January 2016 I was post-doc in Andreas Winter's group at UAB in Barcelona, Spain.

Since February 2016 I am post-doc with David Pérez-García at UCM in Madrid, Spain.