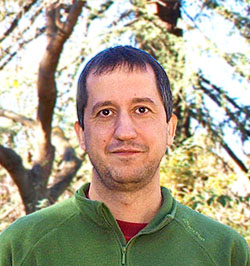 He started his research career working on Functional Analysis, obtaining his PhD in Mathematics at UCM on 2004. He moved then to Universidad Rey Juan Carlos de Madrid and from there to the Max Planck Institute of Quantum Optics, where he started working in Quantum Information Theory, his main research topic since then. He came back to UCM on 2006 as a Ramón y Cajal Researcher, becoming subsequently associate professor and full professor. He has coauthored more than 80 research papers, and has attracted more than 4500 citations. He has been awarded the 2012 Young Researcher RAC-Endesa Prize in Mathematics, the 2017 Miguel Catalán Prize for young scientists and an ERC Consolidator Grant.