My scientific life began by focusing on extensions of the theory of the classical degree and problems of geometric topology – Shape Theory. One of the most important applications of the Theory of Shape was its usefulness to study properties of dynamical objects such as attractors that, due to their topological nature, could not be studied with classical homotopy theory. I have been working for twenty years in the area of topological dynamics having obtained advances in Conley and fixed point theories and interpreting the latter as a fixed point index in hyperspaces. One of the central objectives of the projects in which I have been involved has been to completely describe the sequence of fixed point indices of the iterates of a homeomorphism of R^3 in a neighborhood of an isolated fixed point and to study its dynamical consequences. It was a problem of which practically nothing was known and in whose resolution for homeomorphisms of the plane have worked reputed specialists for their strong implications with dynamical problems. The knowledge of this sequence in dimension 2, due to Le Calvez and Yoccoz, has served to solve numerous problems and to give alternative demonstrations of some deep results already known. Among the first ones, we would highlight the demonstration of the non-existence of minimal homeomorphisms of the multi-puntured plane. This problem is a particular case of a problem of Ulam that has been open for decades and is included in the famous Scottish Book. We have achieved, using Conley index techniques (Topology, 2002), to give a simpler proof  that theorem, which also has the advantage of not using unbridgeable way some two-dimensional ideas. As a result of this work, several lines of research were opened and with these tools we have managed to solve almost all the problems raised in our projects and make important advances. For example, in relation to the problem of Ulam, more recently we have demonstrated the non-existence of minimal homeomorphisms of R^3 that reverse the orientation.

We have also succeeded in applying our abstract dynamic results in combination with the use of classical techniques of great beauty (Carathéodory’s compactification) to, in different types of periodic differential equations in dimension 2, get to characterize if an attractive periodic orbit is a global attractor in terms of the non-existence of other periodic orbits. Some of our results have been collected in compilations such as History of Topology, Handbook of the History of General Topology, Encyclopedia of General Topology or Handbook of Topological Fixed Point Theory. 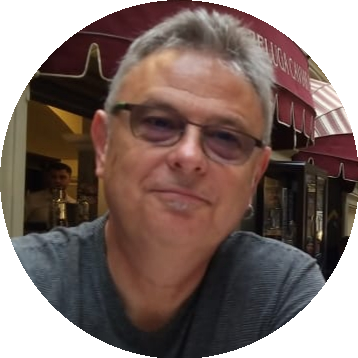