The objective of this mentoring program is to form a team of researchers in the early stages of any field of knowledge who are interested in your career options beyond the traditional academic career, with highly qualified mentors working in professional settings outside of academia. It is aimed at both predoctoral and postdoctoral recruits. The first edition will take place between September 2020 and February 2021.

Developed from the creative commons content of the REBECA Euraxess program 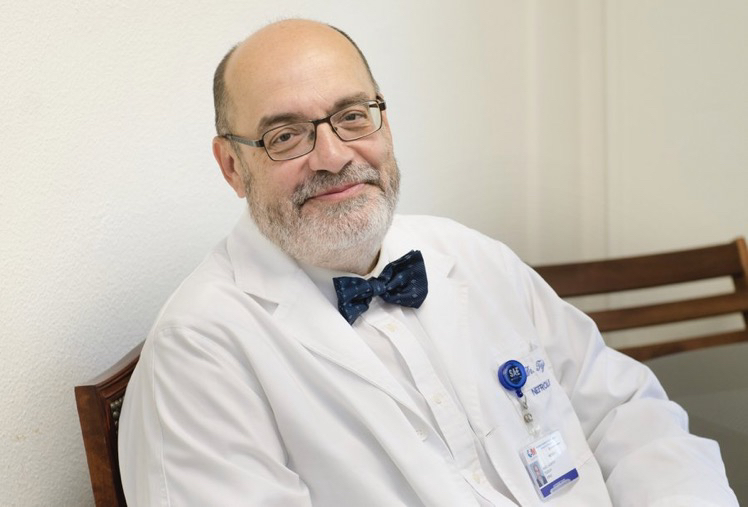 Alberto Tejedor graduated in Medicine and Surgery from the Autonoma University of Madrid. He received training as a doctor both in Spain and in France, Italy and the United States. His professional career was linked to the Nephrology Service of the Gregorio Marañón University Hospital in Madrid, which he joined in 1989. In that hospital he directed the Renal Physiopathology laboratory. His research group in Nephrology has always presented a great activity: directing theses and developing three patents. Three extraordinary doctorate awards have come out of his laboratory. He was also the author of more than 150 articles and book chapters. Additionally, he discovered cilastatin as a kidney protector. Dr. Tejedor's passions were training and teaching. In this case, his career has been linked to the Faculty of Medicine of the Complutense University of Madrid. Since 2014, he has been president of the Teaching Commission of the Department of Medicine. He directed 20 doctoral theses and in 2017 he was appointed vice dean of the Faculty of Medicine for the Gregorio Marañón General University Hospital and for the Infanta Leonor Hospital.