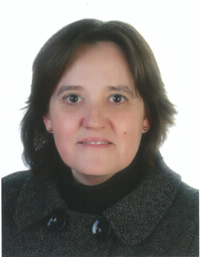 Mª Ángeles Herranz obtained her Ph.D. in 2001 from the University Complutense of Madrid (UCM) under the supervision of Profs. Nazario Martín and Carlos Seoane, working on the synthesis and properties of donor-acceptor systems based on [60]fullerene and tetrathiafulvalene (TTF). Starting in 2001, she spent three years as a postdoctoral researcher with Prof. Luis Echegoyen, first at the University of Miami (Florida, USA) and then at Clemson University (South Carolina, USA), where she was engaged in a number of projects, including electrochemical and spectroelectrochemical characterization of new TTF-based dyads, and characterization of fullerene-derived materials employing electrochemical, ESR, and NMR techniques. In 2004 she joined the group of Prof. Nazario Martín at UCM, at first holding a Ramón y Cajal research associate position and, since 2007 as an Assistant Professor. She became an Associate Professor of Chemistry in 2009. Her current research interests focus on the chemistry and electronic properties of carbon nanostructures and in single-molecule electronics.