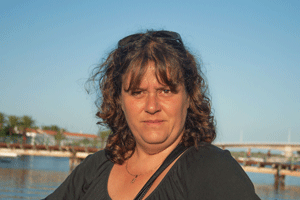 Beatriz M. Illescas obtained her degree in Chemistry at the Universidad Complutense de Madrid, in 1992. She joined the group of Profs. Carlos Seoane and Nazario Martín, where she obtained her Ph.D in Organic Chemistry in February 1998, working on the study of cycloaddition reactions to C60 and their application to the synthesis of electroactive fullerenes. During 1998 she worked as postdoctoral researcher on the synthesis of fullerene derivatives with potential pharmacological activity, in a project with Janssen-Cilag S.A. From 1999-2009 she worked as an Assistant Professor at the Universidad Complutense de Madrid. From 2009, she holds an Associate Professor position at the Department of Organic Chemistry of UCM University. Her current interests focus on the covalent and supramolecular chemistry of fullerenes and TTFs.