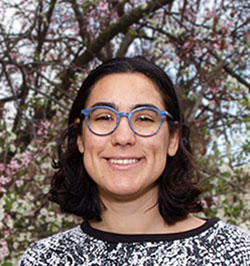 I am a quantum physicist interested in a wide range of topics within my field, going from Quantum Many-Body Sytems and Quantum Thermodynamics to topics such as Quantum Computing. Moreover, I recently became curious on Machine Learning and its applications.

I obtained my PhD from ICFO-The Institute of Photonic of Sciences (Barcelona - Spain) and the Polytechnic University of Catalonia (UPC, Barcelona - Spain) in 2019. At ICFO, I was a 'laCaixa' - Severo Ochoa Fellow at the Quantum Information Theory led by Antonio Acín. During my PhD, I mainly worked on Quantum Many-Body Systems and Quantum Thermodynamics, leading to my PhD thesis: "Local temperature and correlations in quantum many-body systems", supervised by Antonio Acín and Christian Gogolin.

Previously, I studied Physics (2008-2012) at Universidad de La Laguna (ULL, Tenerife - Spain). Over this time, I did two research internships: (i) a summer internship in 2011 at the CSIC Institute of Structure of Matter, where I studied the Klein-Gordon paradox in graphene supervised by José González Carmona; and (ii) a 6-month research collaboration in 2012 at the Fundamental Physics, Electronics and Systems Department in ULL, where I studied rare earth properties via lasers under the supervision of Inocencio Rafael Martín Benenzuela. Later on, I studied the Master in Physics: Structure of Matter (2012-2013) at Universidad de La Laguna. During this time, I did my Master thesis on Quantum Optomechanics, supervised by Daniel Alonso Ramírez.