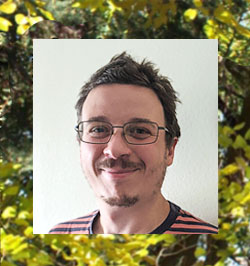 I was born in Scafati, Italia. I completed my undergraduate and master studies in Mathematics at the University of Pisa, and then I moved to Madrid, where I obtained my PhD in Mathematics from Universidad Complutense de Madrid in 2016. After that, I have held a postdoctoral position, jointly at QMATH - Center for the Mathematics of Quantum Theory and at the Niels Bohr International Academy, both part of the University of Copenhagen, Denmark (2016-2018). After that, I moved to California as a Sherman Fairchild Postdoctoral Fellow at the Institute for Quantum Information and Matter at Caltech (2018-2021). In 2018, I was awarded the José Luis Rubio de Francia Prize by the Spanish Royal Math Society (RSME). I have also received the Vicent Caselles Prize for Mathematical Research in 2017, by RSME and BBVA Fundation. Since May 2021, I am back at Universidad Complutense de Madrid as a Ramón y Cajal Researcher.

I am interested in the interplay between many-body quantum spin systems and quantum information theory. I have worked on dissipative Markovian evolutions, area laws, tensor network states and spectral gaps.