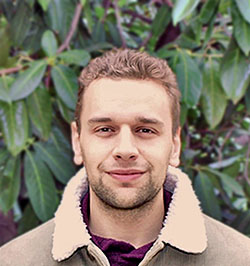 I studied Physics in Universidad Complutense de Madrid (2010-2014), and after that I did an M.Sc. in Theoretical Physics at the Perimeter Institute in Waterloo, Canada under the PSI program (2014-2015). Canada was too cold and went back to Spain to pursue a Ph.D. in ICFO with a la Caixa Foundation scholarship (2015-2019). My Ph.D. thesis, "Quantum information outside quantum information", focuses in the applications of ideas and techniques developed within the formalism of quantum information theory to other research areas, ranging from causality and quantum field theory to quantum computing and machine learning. In 2018 I was awarded the IBM Q Best Paper Award for the work "Bayesian Deep Learning on a Quantum Computer" (the video of the talk I gave can be found here).

I am convinced that technologies based on quantum mechanical principles will have a great impact in the future. Due to this, I am genuinely interested in the certification of quantum phenomena (for instance, through Bell inequalities) and both directions of quantum machine learning: on one hand, employing machine learning techniques for controlling quantum hardware; on the other, exploring new algorithms for machine learning that harness quantum superposition and entanglement for performing tasks difficult to reproduce in classical ones.