The nature and meaning of sacred spaces was considered by Mircea Eliade over fifty years ago in his book The sacred and the profane: the Nature of Religion (1959), when he constructed his paradigm based on Durkheim’s work, The Elementary Forms of Religious Life (London, 1915). Both scholars based their analysis on the Ancient Roman distinction between sacer and profanus using words, which originally had a spatial meaning.

This conference will try to define a theoretical approach for the transition of sacred spaces in the Iberian Peninsula between the 4th and 10th century, complemented by illustrative case studies in this area.

Traditionally scholars analyze these problems considering Spain and Portugal from the point of view of currently political frontiers, forgetting the cartography of Roman provincial division inherited from Antiquity and slightly transformed in the Visigoth period; and the new Islamic order after the conquest. In this sense we put forward a comparative framework of analysis in both countries in order to avoid distortions and to highlight the common past of both countries.

We have chosen a particular chronological framework, between the 4th and 10th centuries, breaking both the traditional framework of analysis of Late Antiquity and Early Middle Ages and the ideological and cultural frontier of the Islamic conquest, in order to establish the differences and similarities between the transformation of pagan sites by Christianity and the impact of Islamic rulers in the construction of new religious spaces.

Taking a strongly transdisciplinary approach, this congress tackles these questions from the point of view of archaeology, architectural and art history, liturgy, literary sources, law, philosophy and history in order to consider the fundamental interaction between the sacred and the profane.

Likewise, this congress pay special attention to the role of Christianity and Islam in order to define political identities and reshape the rural and urban landscapes in the Iberian Peninsula. It is aimed to bring new transdisciplinary research methods and new models to present new views of sacrality on  the construction of political religious landscapes. 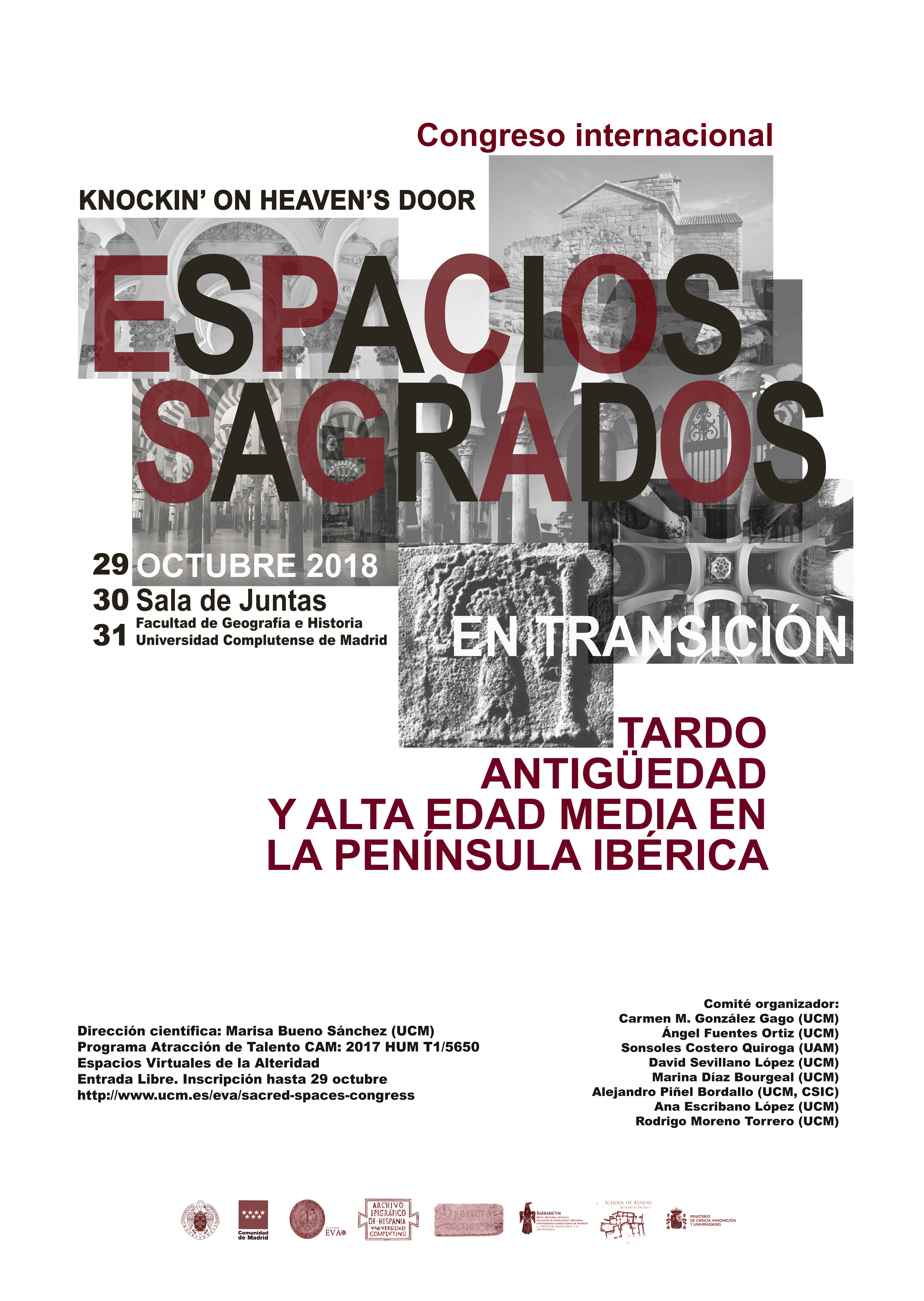