Chancellor of England and Archbishop of Canterbury, Thomas Becket was murdered on the 29th of December, 1170, inside his own cathedral. After his canonisation in 1173 and especially after the ceremony of public penitence performed by Henry II in front of the martyr’s tomb, which took place on the 12th of July, 1174, the king’s sons institutionally extended Thomas Becket’s cult in order to clear of guilt their father’s memory. Furthermore, the first representations of the saint, in which his main iconographic features were fixed, appeared simultaneously with the tragic events and at an equally early period. 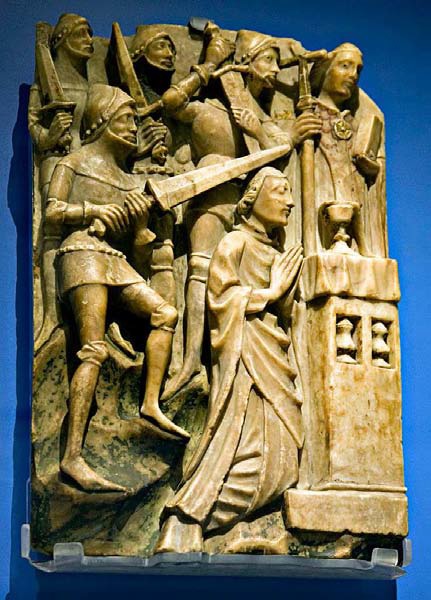