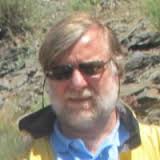 He is fluent in French, dominates the English, speaks a basic level of German and is able to read or translate Italian and Portuguese.

Worked in in the multinational Newmont Mining Corporation in the Pyrite Belt (Huelva) and evaluation of mining prospects in Ossa-Morena and Galicia (1983-1985). From 1986 to 1990 (1990-1993) he had a PFPI fellowship at the Insitute of Economic Geology CSIC-UCM and then Coordinator of geology in Minero Siderúrgica de Ponferrada in the coal basin of Villablino and Mina La Camocha (Gijón), responsible for projects of mining geological research of the coal fields, and Adviser until 1997 in programs of subsidence and hydrogeological control of aquifers existing above the colliery.

From 2007 to 2015, he has been Assistant Dean for the masters and institutional relationships with the deans Eumenio Ancochea (2007-2011), Ramón Más (2011-2013) and Lorena Ortega (2013-2015) with the same charge, being responsible of the masters, the international scholarships, Erasmus Coordinator, responsible for professional practices in the Faculty and of the website during this period.

He has been vocal of the Geological Society of Spain (1988-89), and he is at present vocal in the non-profitable organization “world geologists” (Geólogos del Mundo), he is vocal and responsible for issues of universities and secondary school at the Spanish Geologists Professional Association (ICOG) and has been 2nd Vice President in the Royal Spanish Society of Natural History (RSEHN) from 2010 to 2014, scientific society where he is the president from March 2014.